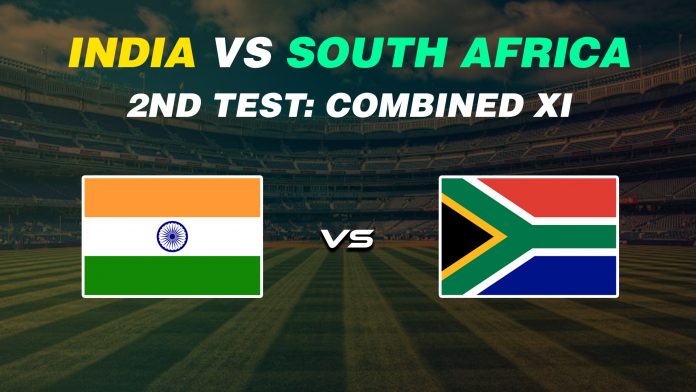 After decimating South Africa in the first Test match at Vizag, Indian team is all set to earn their fifth victory of the World Test Championship. Virat Kohli led side registered a comfortable win by 203 runs in the match. Despite the loss, still the likes of Dean Elgar, Quinton de Kock performance gave South African fans a reason to enjoy for. In the build-up of India vs. South Africa second Test match, MyTeam11 brings to you the combined XI of both the teams for the second Test. Read on to know more:

The first name on the list is of Indian skipper, Virat Kohli who is number 2 in Test match rankings. Be it be a white ball or red-ball cricket, he is ruling everywhere. His aggression, determination, and hunger for runs have proved to be Virat’s biggest strength. He will be aiming to score big in the second Test match.

Rohit Sharma has given new hope to Test career after scoring century in both the innings of the First Test match. Now, he will be eyeing to give more magical performances in the longest format of the game like he delivers in 50 overs every now and then.

Known for his exceptional batting capabilities, Faf du Plessis is well-versed with playing in intense situations. He is the most experienced player in the South African team on this tour. With 3679 runs from 100 innings at a strike rate of 46.06, Plessis Test career has been decent.

Bengaluru born right-handed batsman, Mayank Agarwal scored a brilliant double hundred for the team in their first innings of the Vizag Test. His fearless batting display was praised by many fans and former cricketers across the country.

Regarded as the upcoming great by cricket pundits, de Kock will be the first wicket-keeper choice in almost every people fantasy team. His ability behind stump make the opponents go weak at the toes, and his terrific performance with the bat in the first Test made him even more favorite.

Mr Dependable and the best number three batsman currently, Pujara will be the first choice for every cricket fan. With the help of 18 centuries and 21 half-centuries, he has scored 5573 runs at an average of nearly 50.

Ravichandran Ashwin joined Sri Lanka's Muttiah Muralitharan after he reached the milestone of 350 Test wickets in 66 matches. The experienced off-spinner holds the exceptional ability to turn the ball both sides.

In the first Test match, Ravindra Jadeja became the quickest left-arm bowler to scalp 200 wickets in Tests. His accuracy, balance and ability to bowl on good lengths have emerged out to be his biggest strength.

Keshav Maharaj will lead the South African bowling attack in the upcoming match. The 29-year-old orthodox spinner is known for his excellence control over the bowl. He has picked 94 wickets in 47 innings with an overall economy rate of 3.19 with the red ball, which makes him a possible inclusion in the team.

Kagiso Rabada has always been a star performer for the South African team since debut. His ability to execute brilliant Yorkers at any situation proved to be one of his biggest strengths. Rabada will be first choice as a pacer in the fantasy team.

Indian red ball cricket specialist, Ishant Sharma holds the potential to destroy even best in the business. He has performed every time and everywhere he got opportunity. So, he will get a place in the combined XI.