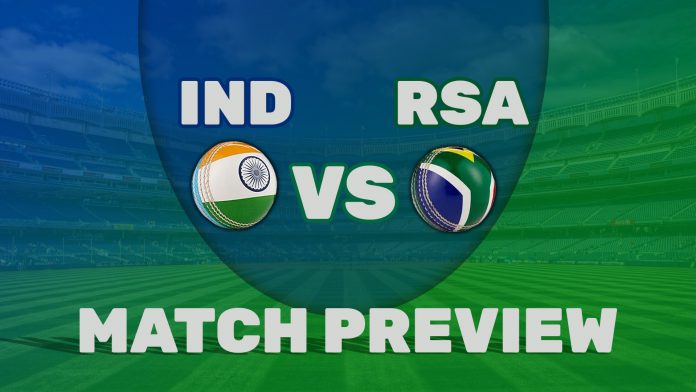 The rain has won the first T20 International at Dharamshala. Now, keeping T20 World Cup in mind both the teams will be looking to show their top game to take a winning lead in the second T20. The second game of the three-match series will be played at Punjab Cricket Association, Mohali and the live-action will start at 7:00 PM IST.

South Africa and India are not far apart in the ICC T20I rankings. Virat Kohli led side is at the fourth spot with 261 points while the proteas are placed at third spot with 262 points. So, it will be mouth watering clash.

Looking at the stats of previous matches played at this venue, the pitch will prove to be excellent for batting whereas the margin for error as a bowler is very less. As Dew factor will play a massive role in the second half of the match, Virat Kohli and Quinton de Kock both will want to bowl first.

The weather forecast for this match is also not so good with chances of rain during match. So, we should be up for a rain-interrupted game. The temperature will linger around 30 degrees Celsius, and humidity is expected to be on higher side, i.e. near about 84%.

Virat Kohli and team management will be a little bit confused to select the playing XI for this match as the team is blessed with some star players. Both Shreyas Iyer and Manish Pandey are in good form, so both of them will most probably get a place in playing XI. Rishabh Pant will be seen behind the stumps while Rohit Sharma and Shikhar Dhawan will be seen opening the innings.

Other than this, the Pandya brothers, along with Ravindra Jadeja will entertain the crowd with their all-round performance. Navdeep Saini and Deepak Chahar will be the two front-line pacers.

Quinton de Kock and Reeza Hendricks will open the innings for the proteas in the game followed by Rassie van der Dussen at number three. The likes of David Miller and Temba Bavuma will be the key players in the middle order.

The pace of Kagiso Rabada and Anrich Nortje can prove to be an important factor for South Africa in the game.

Head to Head in T20 Internationals