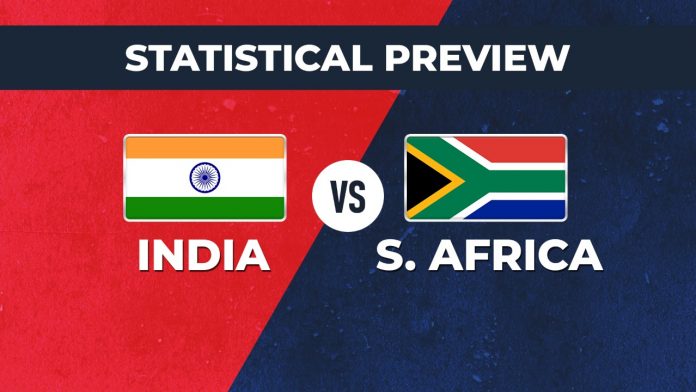 After an outstanding performance in all three formats against the Caribbean Giants, Virat Kohli led side will start its next mission against South Africa on Sunday, i.e. September 15, 2019. South Africa tour of India includes three-match Test series that will be played after the three T20Is. The series will start at Himachal Pradesh Cricket Association’s stadium in Dharamshala when both teams will enter the ground to play the first T20 of the three-match series.

With this, MyTeam11 brings you some important statistics before going into the first game of the series:

2- Two hundred have been registered in India vs. South Africa T20Is. Both were scored by Indian batsmen. Suresh Raina was the first one to achieve that feat after his brilliant innings of 101 off 60 balls in 2010 while Rohit Sharma’s 106 off 66 balls at Dharamsala on October 2015 was the second one.

7- South Africa's seven-wicket victory at Dharamsala on October 2, 2015 is the biggest victory margin in terms of wickets in T20Is involving India and South Africa.

41- Klaasen’s 41 runs off just twelve deliveries against Yuzvendra Chahal at Lauderhill is the most by any batsman against an Indian bowler in a T20I.

In South Africa vs. India T20I played at the centurion, South Africa on 21 February 2018, Yuzvendra Chahal gave away 64 runs in his four overs spell without taking a wicket which is the highest by an Indian bowler in a T20I.