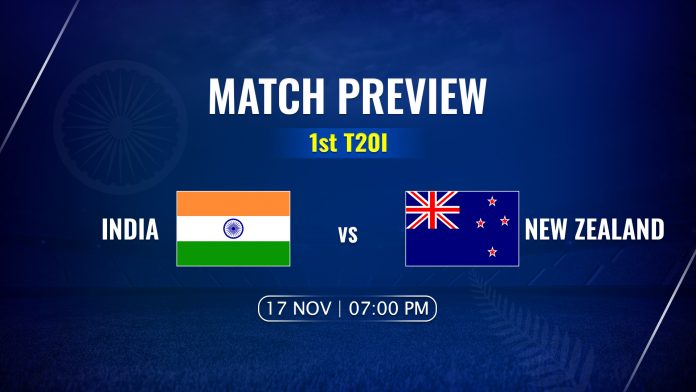 It was a bit harsh for the Indian fans to see India exit early from the World T20 Cup. Nevertheless, the time for redemption is here as India will play against New Zealand in the first T20 of the three match series in India, followed by two tests. The first match is scheduled to happen at the Sawai Mansingh Stadium in Jaipur.

The end of India's journey in the World T20 Cup was also the end for Kohli being the skipper, and now Rohit will lead the squad with Dravid as the head coach. This would be Rohit's first time leading his team as a full time skipper. Kohli would be resting in this match. There has been major changes in team following bad results in the World T20 Cup. Pandya and Chakravarthy are dropped from the match and Iyer could be possibly making a debut in the team. Indian T20 League's top performers including Shreyas Iyer, Gaikwad, Harshal Patel among others might get a chance to play in the upcoming matches.

The Black Caps skipper will not be playing in the T20 matches as he is resting, and will continue to lead the team in the test series that would begin from November 25. Meanwhile, in the T20 matches Tim Southee will lead the Kiwis. Devon Conway is still ruled out following his injury in the match against England.

The pitch at Sawai Mansingh Stadium in Jaipur is brilliant for batting. The fast bowlers may get some help here initially. Dew can have an impact in the second innings and bowling can be a little difficult. In that case, the teams will like to win the toss and bowl first here. We can see a high scoring match tonight.