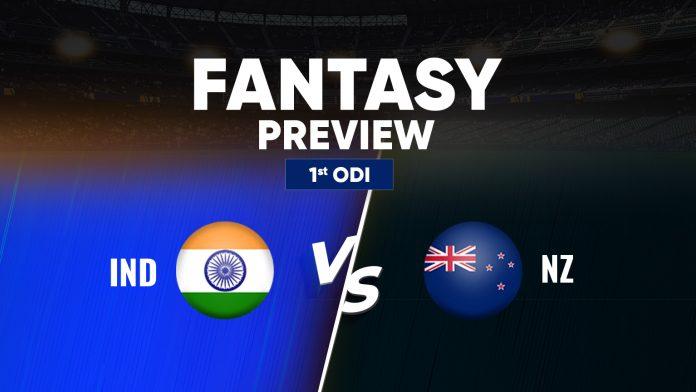 India, fresh off a dominant showing against Sri Lanka, now gear up to face the challenge posed by the New Zealand Blackcaps. After scoring his first hundred since 2019 in the Asia Cup game against Afghanistan, Virat Kohli is now back to his golden form in ODIs too. India vs New Zealand rivalry will be action-packed, so let’s take a look into both teams’ previous performances.

As India sets its sights on the upcoming ICC Cricket World Cup, the team will be facing a formidable opponent in the form of the New Zealand Blackcaps in a home series. One player to keep an eye on is the rising star, S. Gill, who has been consistently impressing with his performances and is likely to secure a spot on the World Cup squad.

This series serves as a prime opportunity for players such as Gill, Siraj, Iyer and K. Yadav to showcase their skills and solidify their positions on the World Cup team. Additionally, India has made some changes to their lineup, with I. Kishan still in the ODI squad and S. Bharat coming in for K. Rahul.

The New Zealand team has new faces in the ODI squad, with T. Southee and T. Boult absent. M. Henry also has been ruled out due to injury. D. Bracewell returns to the team after an inconsistent presence since 2011. The absence of key bowlers will put pressure on bowlers like Sodhi, Santner and Ferguson.

Furthermore, D. Conway and Finn Allen are expected to provide a strong start, while D. Mitchell and T. Latham will be crucial in the middle order. G. Phillips brings a valuable asset to the lower order, with his ability to play the finisher’s role. M. Chapman, who averages 52.4 from 7 ODIs, could be expected to fill in for the absent Williamson.

India and New Zealand will face each other in the 1st ODI of the 3-match series on 18th January at 1:30 PM IST. The lineups of the match will be available at 1:00 PM on the MyTeam11 app.

The pitch in Hyderabad is known for being a flat track and is expected to produce high scores. Historically, the pitch has slowed down as the game progresses and the dry surface may assist spin bowlers in the second innings.

The weather forecast for the match day is clear and sunny, with a high temperature of 31 degrees Celsius.

Here are the probable XIs for the 1st ODI between India and New Zealand.

It’s time to join in on the thrilling cricket action on MyTeam11. Create your fantasy teams for the 1st India vs New Zealand ODI and have a chance to win cash prizes. Additionally, by taking advantage of the Refer & Earn campaign on the MyTeam11 app, you can earn rewards such as iPhone 14, iPad and Samsung Smart Watch. Don’t miss out on this opportunity to win big!