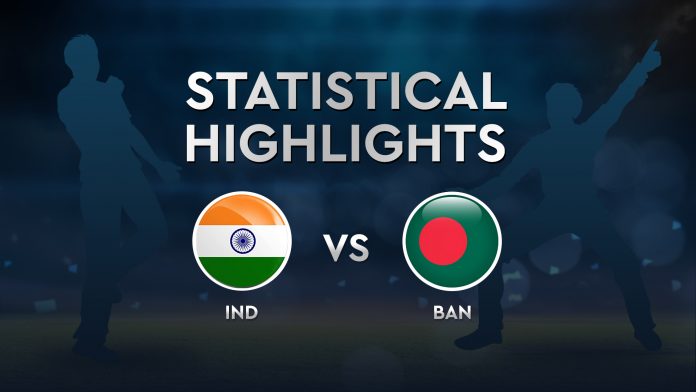 On Sunday, India won their maiden Day-Night Test in front of 20,000 people that lasted a little over two days as the hosts thrashed Bangladesh by an innings and 46 runs. Virat Kohli and Ishant Sharma were the stand out performers with the bat and ball respectively. India was dominant from day one as they bowled out Bangladesh for a paltry score of 106. The Indian batting, powered by Virat Kohli’s century, produced a big first-innings lead. The pace attack ruled the roost in the second innings as well and bowled the visitors for 195 completing their third whitewash of the season.

Here are some of the statistical highlights of the Match