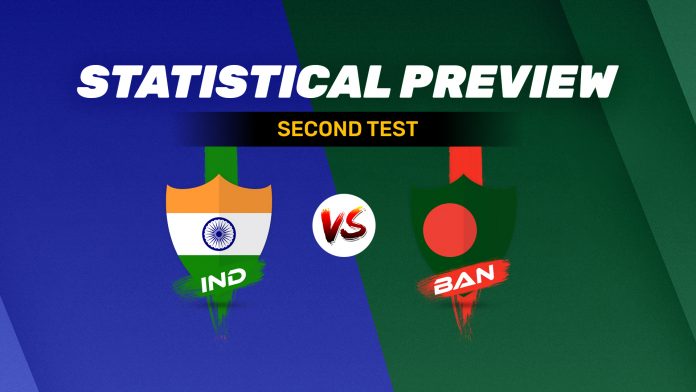 After thumping Bangladesh in the first test, team India is all set to play their first-ever Day-Night Test at Eden Gardens in Kolkata. India took a 1-0 lead in the two match Test series after defeating Bangladesh by an innings and 130 runs at the Holkar stadium.

Team India will be looking to continue their juggernaut Test match cricket in the second Test as well after the host registered their sixth consecutive Test win. On the other hand, Bangladesh will be looking for an upset in the historic match, but it will be a tough task for Bangladesh. Not only are they unfamiliar with ways to deal with the pink ball, they come into this match having been beaten comprehensively in the first Test at Indore.

As India and Bangladesh gear up for their first-ever pink ball Test starting November 22, we will look at some exciting Day-Night Test facts and some milestones that Players and both teams can achieve.

The first-ever Test match to be played under floodlights took place in Adelaide between Australia and New Zealand in 2015.

100%- The success rate of Australia in Day-Night Tests.

0:The Number of Draws in D/N cricket history

32- Runs Virat Kohli needs to complete 5000 Test runs as captain. If he succeeds, he will become the first Indian to achieve this milestone and will be the fastest player to do so.

20th- If Virat scores century in this Test match, he will score his 20th century as captain, the second most for any captain, surpassing Ricky Ponting.