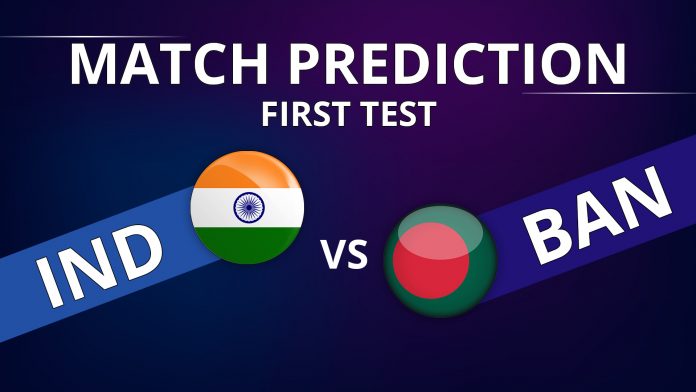 After the T20Is, India and Bangladesh are set to battle it out in the longest format with the first Test set to begin on 14th November in Indore. Bangladesh, after the T20I series loss, will again face the stern test against the mighty Team India. The Men in Blue have been in prime form as they recently pulled off a historic whitewash against South Africa and registered their record 11th consecutive series win at home.

With the return of captain Virat Kohli, India will be confident of grabbing another 120 points in the world test championship. India, the No.1 ranked Test side in the world, has got off to a terrific start in Test Championships with five wins out of five games, taking their points tally to 240.

Bangladesh, on the other side, would look to put some points on the board as they open their account in the Test Championship against the top-ranked Indian team. They will be looking to register their first test win against India.

With this series, India and Bangladesh are also gearing up to play their first day-night Test at the iconic Edens Gardens in Kolkata in the 2nd Test.

Team India is most likely to continue with the same playing XI, which thrashed South Africa 3-0 last month. Both Rohit Sharma and Mayank Agarwal have cemented their spot as openers and will be looking to provide India a great start again.

Despite having an average series against South Africa, Pujara will be playing at No.3 position. Vice-Captain Rahane, who is in excellent form, will be holding his No 5 spot.

The team management won't like to tinker much with the bowlers as well that featured in the last Test against South Africa in Ranchi. The bowlers were exceptional as the duo of Mohammad Shami, and Umesh Yadav sniped up 24 wickets while the spin pair of R Ashwin and Ravindra Jadeja grabbed 28.

Bangladesh will miss their star all-rounder, Shakib Al Hasan, and will be led by young Mominul Haque. They will make some changes after their loss against Afghanistan. while their batting line up has some experienced players like Mushfiqur Rahim, Liton Das, their bowling will be a cause of concern as apart from Mehidy Hassan and Mustifizur Rahman, none of the other bowlers have any experience of playing in India.

A sporting pitch can be expected for the Test match with a bit of help for both, the batsman and the bowler. Winning the toss would be crucial as both teams would prefer to bat first.