India to take on Mexico, Peru and Brazil in Nations Cup 2019 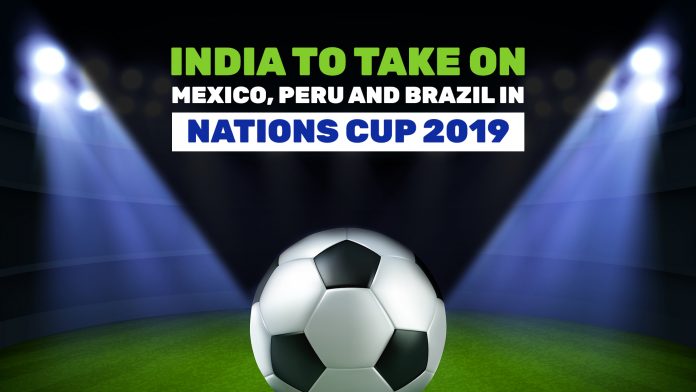 The fixtures are out for the IFA7 Nations cup in Mexico. India will take on Mexico, Peru and Brazil in the tournament which is scheduled to start from 16th October 2019. Veteran player, Mehtab Hossain has been given responsibility to lead the Indian team.

Total eight teams are participating in the tournament divided into two groups (Group A and Group B). Mexico, Peru, India and Brazil have been included in Group A while Ecuador, Canada, France, Costa Rica will fight with each other in Group B.

The top two teams from each group will qualify for the playoffs. The first semi-final will be played between group A topper and the team that finishes at second spot in group B. While in the second semi-final,group B winners will lock horns with group A second place team. Both the semi-final will held on same date i.e. October 19 at Mexico city. The teams that emerge victorious in both the semi-finals will meet each other in grand finale on October 20 at the same venue.