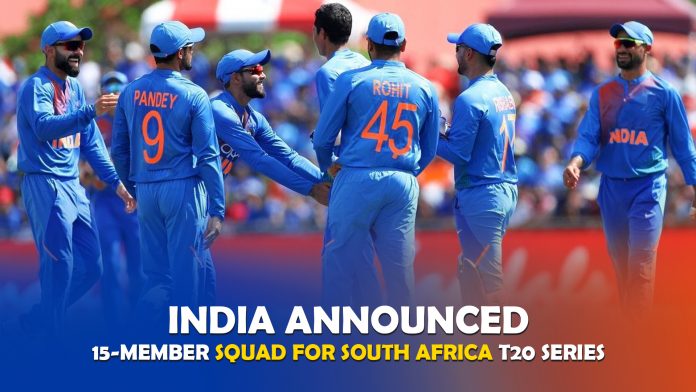 Dhoni, who had taken a two-month sabbatical from the sport, is currently vacationing in the United States, having served the Territorial Army for 15 days. It couldn't be ascertained whether the selectors spoke to Dhoni about his availability for the home series against South Africa. Going strictly by the date of the squad selection for the tour of West Indies (July 21), Dhoni's "self-imposed break" officially ends on September 21, a day before the final T20 International against the Proteas.

The current selection committee headed by MSK Prasad "wants to look ahead" and sources in the know of things said that the 38-year-old World Cup-winning former skipper is "not in their scheme of things".

Yuzvendra Chahal and Kuldeep Yadav, who have been a regular face in India’s limited-overs squad have been left out of the T20 squad. Rahul Chahar, on the other hand, has been given an extended run in T20Is and will be seen representing. This remains to be seen if Chahar can cement his place in the shortest format of the game.