IND vs WI: Blue Army wraps the series with a 3-0 victory 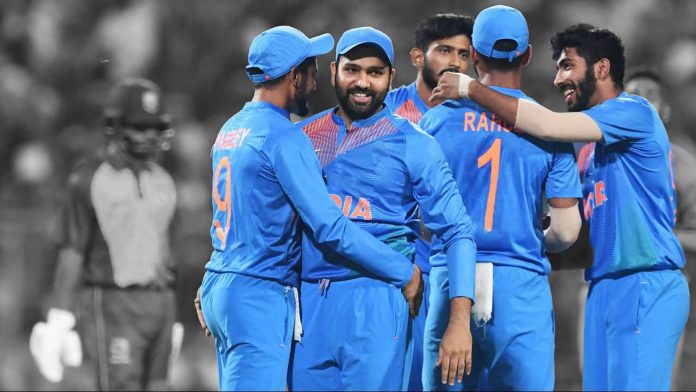 Shaw,’s debut & maiden century, Virat’s fastest 10,000 ODI runs & Dhoni’s lightning fast stumping in just 0.08 seconds became the key highlights of Windies tour of India which saw plenty of records being broken and many new records being created. It was not just a cricket tour but a battlefield for the teams to prove their potential and India did it quite well. The series seemed to be on the hosts’ part since the beginning with India winning both the Test matches, a 3-1 victory in the ODI series followed by a 3-0 T20 victory.

The last T20 match held on Sunday at Chennai looked tightly clutched under the claws of Men in Blue until the last over of match which changed things upside-down. West Indies left-arm spinner Fabien Allen’s over became the turning point of the game which made India struggle to register their clean sweep triumph against the Caribbean Giants.

India needed just 5 runs in the last over, but those 5 runs became a tough call for the team with the left-arm spinner with the ball in hand. However, Shikhar Dhawan & Manish Pandey tried their best and pulled off 4 runs in the first three balls, equalizing the scores. The next ball turns out to be a dot ball, no run scored and the 5th ball of the over saw Shikhar Dhawan walking back to the pavilion after being caught by Pollard. The situation turns tensed with 1 run needed off the last ball. Manish Pandey hits the last ball right back to the bowler for scoring a single, Allen misfields the ball and Manish helps India register a 6 wicket victory.

The series ended with India winning millions of hearts alongside the series. Numerous records were broken with the closure of the series. The most important records being created were:

Shikhar Dhawan was awarded as the Man of the Match whereas Kuldeep Yadav managed to bag the Man of the Series title. In the coming times, India will tour Australia, let’s see will India manage to retain their position? Till then stay tuned for more sports feed.