Ind vs SA: 3 Potential winners for Man of the Series Title 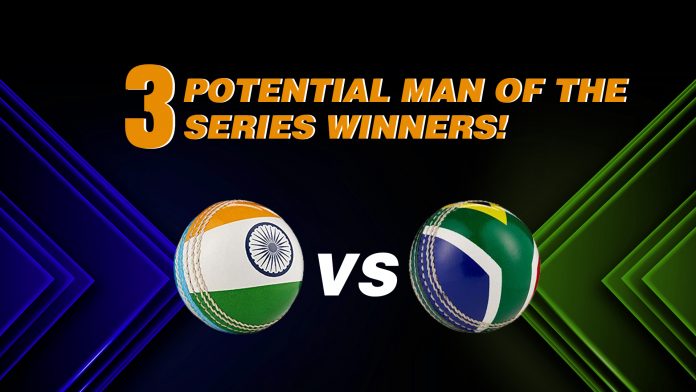 South Africa Tour of India has attracted various eyes as the series saw various old records being broken and numerous new being created by the players. The series has also been in the news for marking India’s 11th consecutive test series victory at home soil, the most by any country. Well, the entertainment box that came in the form of this series is soon coming to an end with the last Test of the series all set to begin from October 19.

As the tournament nears the end, the players gear up to showcase terrific performances and show their consistent worth in the game. Well, we have 3 potential candidates that we believe can bag the ‘Man of the Series’ title. Read on:

The first on the list is Mayank Agarwal. Known for his amazing capabilities as an opener in the longest format of the game, the player has yet again proved why he is considered the best for his responsibilities. The player has knocked a total of 330 runs in the two test games played till now. In the first inning itself, he hit the South African bowlers for a double century, scoring 215 runs. In the 2nd test, Indian played only a single inning wherein he wrapped up his innings with a total of 108 runs.

The next on our list of potential winners for Man of the Series is all-rounder Ravindra Jadeja. Apart from pulling the sexy beard style, he is known for doing wonders on the field with his spin attack that can make any opponent team go weak at the knees. The player has not only contributed with his bowling performance but has done magic with the bat too. At the end of 2nd Test, the player had overall bowling figures of 10/334 alongside a total of 161 runs.

Also Read: THERE IS NO CERTAINTY YET THAT ASHWIN WILL BE KXIP CAPTAIN IN IPL 2020: KUMBLE

The last on the list but not the least is Ravichandran Ashwin. This bowling all-rounder is quite famous for his explosive attack techniques in the shorter format of the game. However, this time the player has engraved his name in golden letters in the book of the longest-format of game. He has picked a total of 14 runs in 2 Test matches, conceding a total of 303 runs. His brilliant bowling figures included the likes of 7/145, 4/69 and much more.

These are the three players that we think can make it big after the end of the 3rd test and bag the title of Man of the Series to add another feather to their cap of achievements. What do you think, who will be the one getting away with the title?