IND vs SA 2nd Test: Mayank Agarwal’s 100 helps India put up a big score at the end of Day 1 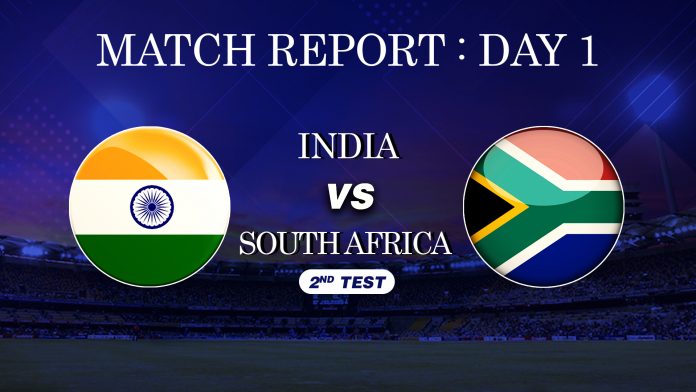 The second test of the 3 T20I and 3 Tests series between India and South Africa began on Thursday with India winning the toss and opting to bat first. The game started on a good note for the hosts as they managed to put up a total of 273 at a loss of 3 wickets on Day 1.

Rohit Sharma, the player who outshined others during his first test as an opener previously, failed to create magic on the field this time. The player made his way back to the pavilion with a total of just 14 runs, falling prey to Rabada’s exceptional bowling.

However, Mayank Agarwal’s 108 off 195 balls helped India reach a stable mark before he was caught by South African skipper Faf du Plessis at the first slip. Agarwal’s inning that included 16 boundaries and 2 sixes created a strong base for the coming players to thrive and help India reach a respectable total at the end of Day 1.

The South African bowlers tried everything under their power to limit the likes of Indian batsmen, but the Men in Blue seemed unstoppable as Virat, and Rahane took charge of the team. Where Anrich Nortje turned out to be one of the most expensive players for the visitors, giving away 89 runs in 20 overs without any success. Kagiso Rabada, on the other hand, was high on wickets as he wrapped up the first day of the Second Test with figures of 3/65 in 24 overs.

The Day 2 of the test will begin with Indian skipper Virat Kohli and Ajinkya Rahane on the field, gearing up to take Indian to a respectable total before wrapping up their innings. They’ll look forward to clinching the Second Test too for a 2-0 lead.