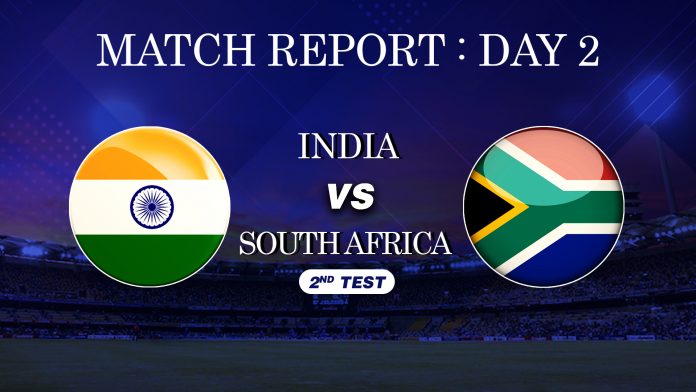 Mayank Agarwal’s 108 off 195 balls helped India end Day 1 on good note. Indian team started Day 2 at the 273/3 and all the eyes were on captain and vice-captain and they didn’t disappoint their fans.

Indian skipper, Virat Kohli once again produced a masterclass performance after scoring unbeaten 254 runs before India declared the innings at 601/5. This was his seventh double century in Test international. He achieved the feat after sweeping Senuran Muthusamy for two runs and gave a smile to the crowd in Pune. In the process, Kohli also completed his 7000 Test runs.

After declaring the first innings, Indian pacers reduced the visitors to 36/3. Umesh Yadav was the hero of Indian bowling attack on the day as he dismissed Dean Elgar and Aiden Markram cheaply.  Elgar managed to score just six runs while Markram didn’t trouble the scorers. Mohammad Shami showed young Temba Bavuma the pavilion was in the tenth over of the innings.