IND vs BAN First Test: India beat Bangladesh by an innings and 130 runs to take 1-0 lead in series 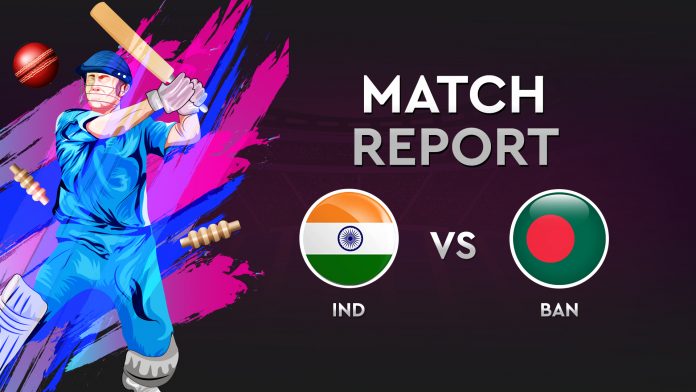 Indian speedster Mohammed Shami showed that he is the master of the second innings registering 4/31 and great backing from Umesh Yadav and Ravichandran Ashwin helped India bowl Bangladesh out for 213 and register an innings and 130-run win on day 3 at the Holkar stadium in Indore. The win not only gives them a 1-0 lead in the two-match series but they also have 300 points in the ICC World Test Championship. Consider this, no other nation has even gotten 100, so far ahead has been India's domination. Once again, India's bowlers generated more swing, bounce as compared to Bangladesh's arsenal and it showed with the trio of Umesh Yadav, Mohammed Shami and Ishant Sharma delivering yet again along with Ravichandran Ashwin. India declared overnight at 493/6 and armed with a lead of 343 runs, it was always going to be an uphill task for Bangladesh.

Things did not start well for the visitors as Umesh Yadav cleaned up Imrul Kayes with a sharp inswinger while Ishant Sharma breached the defences of Shadman Islam. India wasted a couple of reviews but their domination in the first session continued unabated. Mominul Haque was trapped LBW by Shami as the skipper shuffled a bit too across and dismissed Mohammad Mithun for the second time in the match as the batsman was beaten by the pace and he miscued a pull shot to Mayank Agarwal at midwicket.

Mushfiqur Rahim and Mahmdullah coped up with the swing and accuracy of the Indian bowlers until lunch and Mahmudullah benefited from a dropped catch by Rohit Sharma at slip. However, after the lunch break, Shami got the wicket of Mahmudullah and it seemed to be only a matter of time. Mushfiqur and Liton Das batted with aggression, with Liton targeting both the pacers and the spinners. The 63-run stand showed the Bangladesh top order what confidence and aggressive batting can help but in the quest for too much aggression, Liton drilled a flighted ball from Ashwin back to the bowler to fall for 35.

In the series against South Africa, India had struggled to run through the tail and it happened during the second session. Mehidy Hasan got off the mark with a six off Ashwin and he, along with Mushfiqur frustrated India in the second session. Rahim occasionally employed the reverse sweep to tackle Ashwin while both players handled Ravindra Jadeja well. As it happens following a break in the Test match, Umesh Yadav struck by removing Mehidy Hasan with a short ball that cut back in. Rahim notched up his fifty but he was running out of partners. Taijul Islam was undone by a brute of a bouncer from Shami and Mushfiqur's resistance ended when he miscued a lofted shot off Ashwin and Cheteshwar Pujara took a good catch running back from mid-off.

This was the fourth time in five innings that Ashwin had dismissed Mushfiqur and the offspinner sealed the match when Ebadot Hossain holed out to Umesh at mid-on. For Bangladesh, the Indore Test was a harsh lesson about the rigours of Test cricket in the championship while for India, their blueprint of dominance continues.