IND vs AUS: Team Blue Falls Shy of 4 Runs to Record a Triumph over Aussies 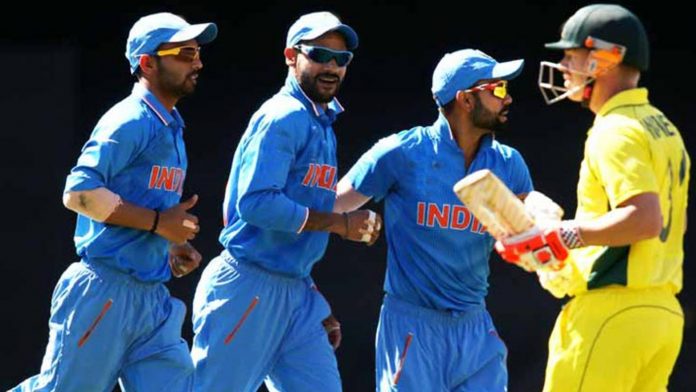 Finally, one of the most awaited series, India’s Tour of Australia, kicked started on Wednesday with the 1st T20 of the 3-T20-series being played between the teams at Brisbane. Well, with Captain Virat taking back the team’s rein in his hands it looked like his boys are set to get away with any obstacle and register themselves as the Champions.

The aggression, the lust to win and the thirst for the title were quite evident in yesterday’s game which began with India winning the toss and opting to bowl first. However, rain, as usual, played the villain in the game & eventually became a reason for India’s defeat in the game. Following the rain, the game was reduced to 17 overs each side as per the D/L method. The Baggy Greens tried their best to make the most of the provided 17 overs & rested at a total of 158 runs before making their way back to the pavilion.

Glenn Maxwell outshined as the prominent player in the battle of team India against down under, scoring a total of 46 runs off 24 balls.

The Men in Blue were given a target of 174 runs to be achieved in 17 overs. India’s innings started with Shikhar Dhawan opening for the team and smashing a score of 76 off 42 balls. Further, Dinesh Karthik took charge of the team scoring a total of 30 runs off 13 balls.

However, despite a lot of efforts the players couldn’t manage to pull the title and were defeated by just 4 runs in the first T20 of the series. Dhawan for his prominent performance on the field was expected to bag the Man of the match title but failed as Adam Zampa was awarded the title for his fabulous performance.

Let’s see what happens in the second T20 of the series, will Indian avenge their defeat or Australia will crown themselves as the champions once again, only the time can tell. Till then you keep watching this space for more sports feed.