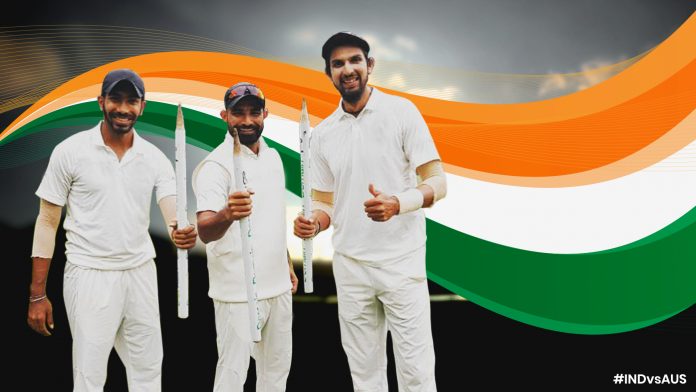 On Sunday, the third test of India’s tour to Australia came to an end with the Men in Blue defeating the hosts at their home ground to clinch a 2-1 test series lead in the game. Well, the victory comes as a huge step towards retaining the Border-Gavaskar trophy by the visitors.

Team India has never won a series in the previous seven decades on the Australian soil against the hosts. The series held in Australia were either won by the Baggy Greens or ended as a Draw. However, with an unquestionable 2-1 victory at the on-going series, the Blue Army is set to retain the Border-Gavaskar trophy as the visitors had previously won the 2017 series at the home ground.

The third test or the Boxing Day Test started on 26th December with Team India setting their foot tight in the game since the first innings whereas Australia, on the other hand, struggled to make a place. Jasprit Bumrah who was awarded the title of “Man of the Match,” truly dominated the game with his 9 wickets haul for 86 runs. The player became the first Asian to haul 6 wickets in a test innings creating a new record amid the test.

The fifth day of the test match saw only 27 balls being bowled and two of the prominent Indian bowlers, Jasprit Bumrah & Ishant Sharma catching hold of another Test victory. The game started with Australia struggling at add runs to their overnight score of 258 for 8, at which the hosts failed miserably as they could shove only 3 runs to get bundled up for a score of 261 runs.

Another record which was created during the match was when Ishant managed to dismiss Nathan Lyon, who was caught behind by Rishabh Pant. It was Pant’s 20th dismissal in the series, which is known to be the highest ever taken by any Indian-wicket keeper.

Well, the test ended on a great note, and now we look forward to the fourth test slated to begin from 3rd January 2019 at Sydney. We are eager to see will India record a historic win or will the test series be drawn? If you want to stay updated with the recent happenings of the sports world, then keep watching this space.