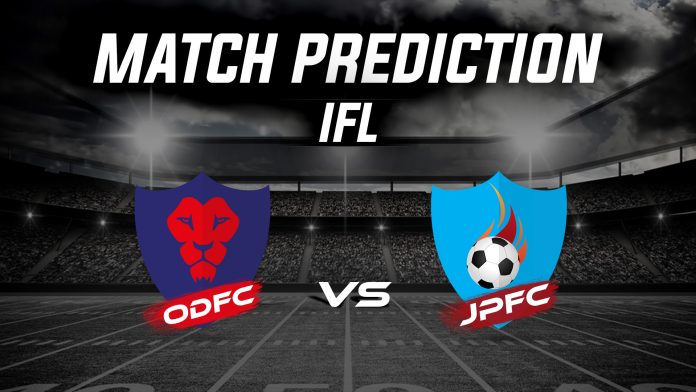 Football craze in India is gradually rising and it is quite evident by the growing popularity of the ongoing Indian Football League. IFL is not only an action-packed tournament to entertain fans, but it also formulates the future roadmap of Indian club football. Another encounter of the IFL is going to be one hell of a competition. On Friday, Odisha FC will take on Jamshedpur FC in their fourth home game at the Kalinga Stadium, Bhubaneswar. The match will kick-start at 7:30 (IST). One of the newest editions of IFL this season, Odisha FC, have not really stood out in this season. Taking their stats into account, earning 9 points out of total 9 matches they have played so far is not an impressive figure. Reaching the half-way stage, there is a lot that the team needs to work on. Jamshedpur FC has been one step ahead of Odisha FC, considering the current performance by their players.

Odisha FC is at seventh position on the points table and the reason is their indecisive attacking movements and unreliable defensive play. The team does not have injury concerns at the moment and can rely on Aridane Santana, Jerry Mawihminghthanga and Nandhakumar to deliver their best performance. However, they have only a few attacking weapons at their disposal and lack a strong defence unit as they have conceded 14 goals in 11 matches.

Jamshedpur FC, on the other hand, has secured the fourth spot on the points table with three wins and total 13 points. The team seems to be struggling in the absence of the amazing Spanish striker Sergio Castel. So, the onus of goal-scoring is likely to shift on to the shoulders of CK Vineeth, Farukh Choudhary and Sumeet Passi.

Both the teams have met five times in this season so far. Out of which, Odisha FC’s experienced a miserable defeat four times against Jamshedpur FC. One of the matches was drawn.