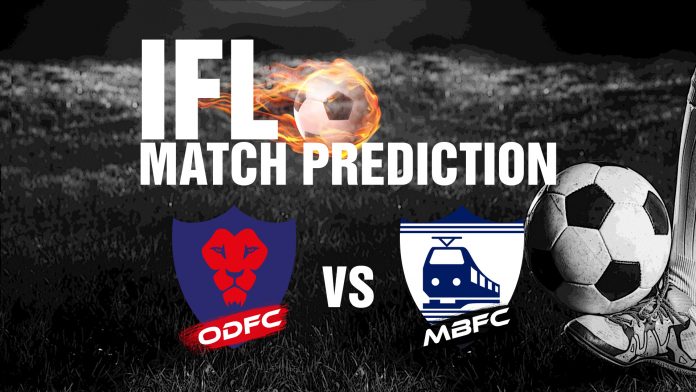 Odisha FC is all set to host Mumbai City in an all-important IFL clash on Saturday (11th Jan). The match is scheduled to begin at 7:30PM IST on Odisha’s home ground- the Kalinga Stadium in Bhubaneswar. Odisha FC, after two back to back wins, are currently poised at 6th position in the IFL points ladder. Meanwhile, Mumbai City are rooted on the fourth spot with 16 points.

Odisha FC has started to find their groove in this season of IFL. Odisha produce a clinical performance in their last game against Chennayin FC. The match was played on a poor pitch in Bhubaneshwar. However, Odisha adjusted better to the poor conditions and created many chances during the game. Jerry Mawihmingthanga and Vinit Rai booked their name on the scoresheet as Odisha sinked Chennayin FC by 2-0. Josep Gombau's men are now within striking distance of the top four and they will be looking to enter there with a win against Mumbai.

Mumbai City, on the other hand, have performed consistently this season but a defeat in the last match against ATK put a break on their 3-match winning streak. Jorge Costa's side was dominant for the most part of the match but they failed to breach ATK’s defence. Mumbai’s s defenders struggled to contain the ATK’s forward and that cost them the game. Costa’s focus now will be able to strengthen City’s defence and it will be interesting to see whether they will succeed against Odisha to sail through to the semis.