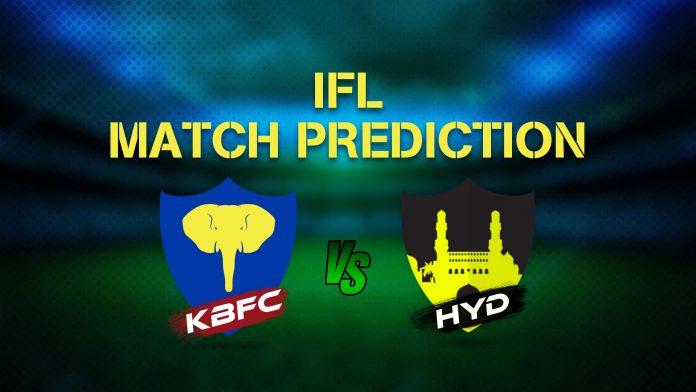 Indian Football League’s bottom two teams- Kerala Blasters and Hyderabad FC will come face to face on January 5th to turn their season around. The match is expected to kick off at 7:30 PM IST. Both teams’ campaign in this season of IFL has been dismal so far. While Hyderabad is sitting at the bottom of the points ladder with five points, Kerala Blasters are also staring down the barrel at the ninth spot with eight points.

Kerala Blasters’ winless streak continues as they failed to hold an early goal advantage and were held to a draw by NorthEast United in their last game. Their Winless streak has now extended to nine matches but Eelco Schattorie's men will look to end their run without a win against the dejected Hyderabad team.

Hyderabad suffered their seventh defeat of the season in their last encounter as they failed to capitalise against a 10-men Mumbai City. Hyderabad’s manager Phil Brown will be under enormous pressure as one more loss could cost Phil his position. Bobo's inclusion in the side has given them some strength in attack, but they are still struggling with their defense. They have conceded 21 goals in 10 games so far, which is the worst defensive record this season.