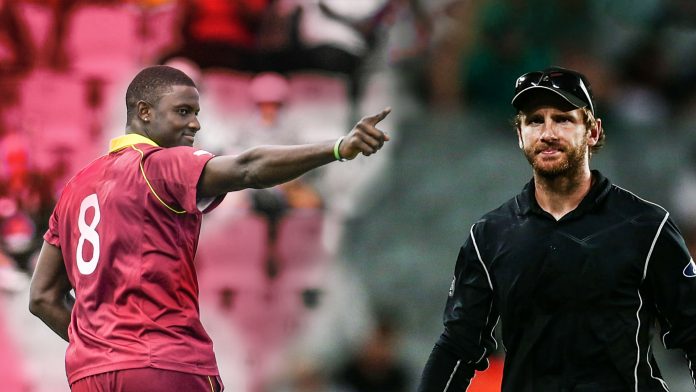 We are almost at the midway of ICC Cricket World Cup 2019, and all the teams are fighting hard to qualify for top four. This time the battle is between New Zealand who won all their matches and the Windies for whom the things were not going in the way that their fans must have expected.

Pitch conditions for the ground were usually seen as bowler-friendly, but the modern-day pitch will have something in it for everyone. In the previous match played here between India and Pakistan, the pitch looked good for batting.

The reports coming from Manchester suggests that it will be a cold day with the temperature hovering around 19 degrees Celsius. Although cloud covering will be there for the entire match, but chances of rain interruption are very less. The humidity will be nearly about 60%.

In the World Cup 2019, the chasing teams haven’t had the advantage by any means. Hence, it would be more sensible to put runs on the board and then exert pressure on the opposition.

The Caribbean giants started this tournament with a massive win over Pakistan, but they haven't been able to produce anything similar after that. In five matches, the team has faced defeat three times. The team is currently present at the seventh spot in the points table.

Now, with the race to the semi-finals beginning to tighten up and West Indies need to win all their remaining matches for which the likes of Chris Gayle, Andre Russell, and Evin Lewis would have to showcase their best game.

After the defeat against Bangladesh in their previous game, the Windies team management is expected to do few changes in the playing XI. Shannon Gabriel conceded huge runs so Kemar Roach might replace him. Other than him, Carlos Braithwaite is expected to make a comeback in place of Darren Bravo.

Present at the second spot in the points table, the Kiwis are still unbeaten in this tournament. Except the one wash out game, New Zealand team has won all their four matches. Kane Williamson led side will be eyeing to win its fifth match of the tournament to get one step closer to semi-finals.

New Zealand team after their victory against the Proteas is expected to do no changes in their playing XI for this match. Martin Guptill and Colin Munro have gotten the decent scores, but the team will want them to convert them to big scores.

In the warm-up game, the Windies smashed the New Zealand bowlers and put a 400 plus total on the board. Let’s see what happens this time whether the Windies batsmen will be able to repeat the same or the blackcaps will continue their winning streak in the World Cup 2019.