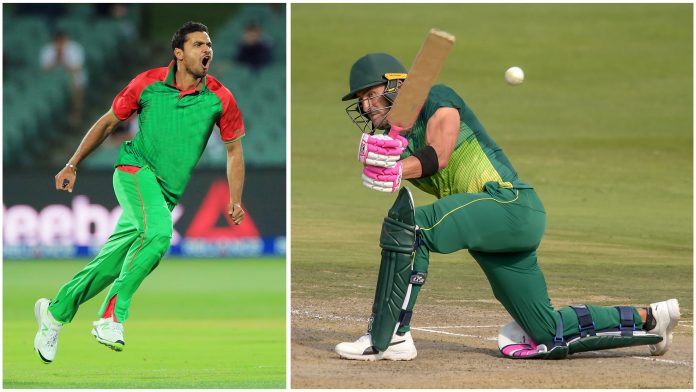 The oval track is expected to be flat like the first match. With the breeze going around, medium pacers will get some swing. Captain winning the toss will look to bowl first because the bowlers got good help in the second innings in the previous match.

According to the reports, the weather will again be cloudy as the first game with the possibility of rain amid the match. The temperature will vary around 25 degrees Celsius. Humidity will be approximately 45%.

Dale Steyn hasn’t recovered from injury yet, so, he might not be a part of playing XI. Besides this, no injury concerns are there. Talking about the team combination, South Africa might play this match with the same playing 11 they played against England in the tournament opener.

Bangladesh skipper is suffering from a hamstring injury, but the reports suggest that he is likely to play the match with an injury. Besides this, Mahmudullah might not contribute with the bowl following his shoulder injury. Tamim Iqbal has been hit in the wrist in the practice session, but he might play in the match.

South Africa is ahead of Bangladesh in stats. But the fact is that on the match day, all the stats, ratings and rankings doesn't matter, the thing that matters is the performance of the team as a whole. Both the teams will be hoping from their experienced players to take the responsibility on them. Let’s see what happen.