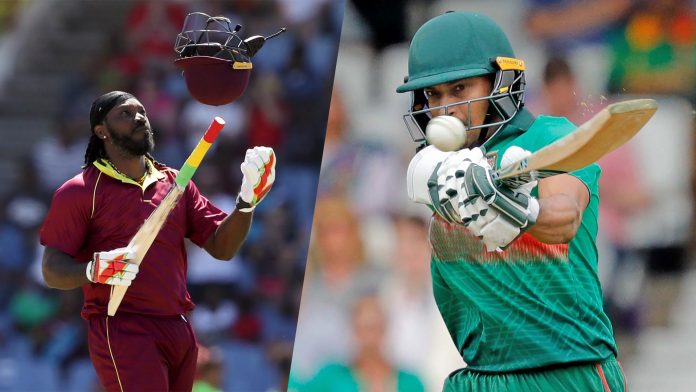 This ground has hosted only five World Cup matches till now and almost all of them were high scoring. So, this time also the track is expected to offer excellent support to the batsmen with a flat track. However, bowlers will also get some help due to the overcast conditions expected during the match.

Team winning the toss is expected to bat first because chasing becomes a bit difficult on this ground.

Like previous matches, rain might be a spoiler as Taunton is expected to be covered with clouds the entire day. The temperature is going to be nearly 15 °C, and the humidity will be in the mid-80s.

Andre Russell looked in some problem in the previous match, so, his inclusion in the team is not sure. Other than him the team management might include Ashley Nurse in place of Shannon Gabriel.

Bangladesh team might go unchanged in this match. They are likely to go with the same playing XI that took the field against England.

Both the teams have started their World Cup campaign in a grand fashion but lost the momentum later on. Let’s see which team gets the victory in this match to gain the lost momentum.

Till then follow Myteam11 for more updates and information about the upcoming fixtures and latest sports stuff.