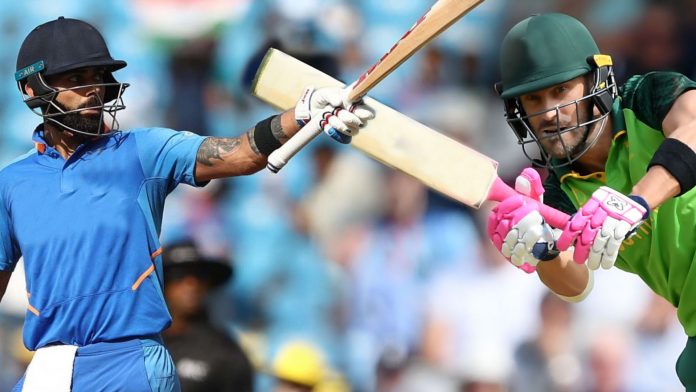 India has a well-balanced side with top two batsmen and top-ranked bowlers in their squad, and they will become the final side to start their World Cup 2019 campaign when they take on South Africa. South Africa has already lost its opening two games against England and Bangladesh and will be under tremendous pressure to win this match.

Formerly known as The Rose Bowl, the pitch will favor the batsmen. In the recently concluded bilateral series between England and Pakistan, total 735 runs were scored in 100 overs. So, the fans can expect the same in this match. Captain winning the toss might opt to put runs on the board and try to defend it.

According to reports, there is a possibility of rain in patches. The temperature will be hovering around 15 degrees Celsius, and cloud cover will be about 55%. The humidity will be about 80 percent.

After the embarrassing defeat against Bangladesh in the last match, now things have worsened as Dale Steyn has been ruled out of the entire tournament following his shoulder injury. Lungi Ngidi will also miss the match due to hamstring injury. So, team might bring Beuran Hendricks to replace him. Other than him, the team might bring Hashim Amla back into the squad in place of Aiden Markram.

The entire cricket fraternity is looking forward for the arrival of the Indian team in the tournament. KL Rahul will be the best option to bat at number 4 following his century in the warm-up match. Virat Kohli and Rohit Sharma will be the key batsmen for the team whereas Jasprit Bumrah will be heading the bowling department. No injury concerns are revolving around the side.

History suggests that South Africa has an upper hand in the World Cup matches. But when India traveled to South Africa last year, they won the six match ODI series by 5-1. So, the battle will be equally balanced. Let’s see what happens when these two teams will face each other.