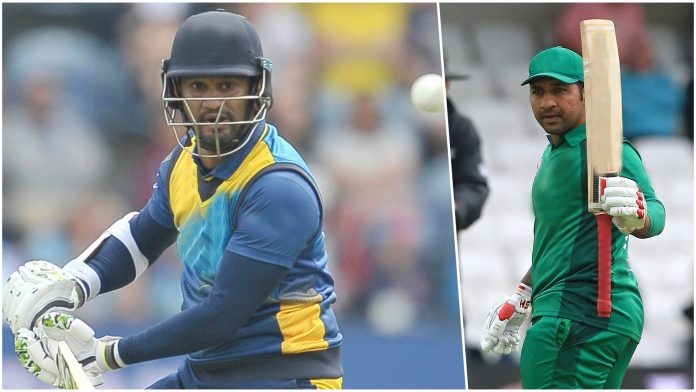 After being thrashed by West Indies in the opening game by seven wickets, unpredictable Pakistan held their nerves to beat the Englishmen by 14 runs at the Trent Bridge. This win ended Pakistan’s 11 matches losing streak. On the other hand, the 1996 champions, Sri Lanka bagged a victory against Afghanistan in the rain interrupted game following a big defeat against New Zealand to get some confidence for further matches.

This ground was initially known as Ashley Down Ground. Reports are coming from England that the track will have a good advantage for batsmen and a high scoring match can be expected.

Out of 17 matches played here, the team batting second have won 10 times. So, captain winning the toss might opt to field.

Reports suggest that rain interruptions can be there with a cloud covering of 94 percent. It will be a cold day as the temperature will be around 14 degrees Celsius. The humidity will be on the higher side near about 86 percent.

After ending their losing streak in the last match against England, Pakistan may not do any changes to their winning combination. Mohammad Hafeez played an excellent inning while openers Fakhar Zaman and Imam-ul-Haq looked good for their short stay at the crease and will be looking to play big innings this time

After a win in the previous encounter, the Lankan lions might not do any changes to their playing XI. Kusal Perera and Nuwan Pradeep will like to repeat their performances. The team will be expecting from their experience players like Angelo Mathews, Thisara Perera to deliver.

Sri Lanka has never defeated Pakistan in the World Cup. Let’s see what happens this time, whether Pakistan will continue their winning streak against Sri Lanka in World Cup, or Dimuth Karunaratne led Sri Lanka will showcase some magical performances to beat Pakistan for the first time in World Cup.