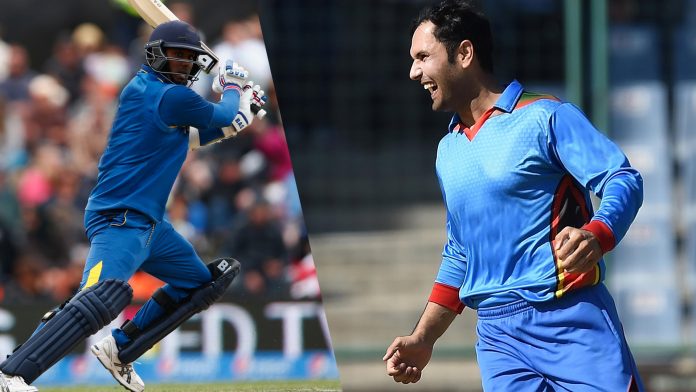 Afghanistan and Sri Lanka have faced heavy defeats in their opening match of the tournament. Both the teams’ batsmen have struggled to make runs in the game due to conditions that offered some movement. So, this will be challenging for the batsmen of both teams to get going in this match and knock some decent scores that could help their team.

Also known as Sophia Gardens, the track is considered to be a batting paradise. Like other England grounds, the pitch is covered by little grass. Batsmen will have to take care of their shot selection because the ball will move a little bit with the breeze going on. Captain winning the toss will look to bowl first to get an advantage in the initial over of the innings.

The reports suggest the possibility of light rain shower with a cloud covering of 70 percent in the sky. The day time temperature will be lingering around 16 degrees Celsius, which will fall as the day progresses on. The humidity will be above 80 percent.

In the previous match, Afghanistan middle-order batsmen played well to help the team reach a respected total after the initial damage. But this time, the Afghanistan team will be hoping from their top 3 batsmen to display some magical performance and take the team to a strong position. Talking about the team combination, pacer Aftab Alam might get an opportunity in this match in place of the spinner Mujeeb Ur Rahman, who went for runs in the last match.

None other than the skipper Dimuth Karunaratne looked good with the bat for the team in the first match. In their first match, the team heavily relied on all-rounders and included two specialist bowlers in the squad, something they might change this time. Nuwan Pradeep might get a place in playing XI as the third specialist bowler in place of Isuru Udana. Other than this, no more changes are expected.

Both the teams will be expecting from their players to step up at the big stage and help their team attain a commendable place in the game. Due to the presence of star performers in both the squads, the fans might witness some prolific performances. Let’s see what happens in the upcoming face-off between the teams.