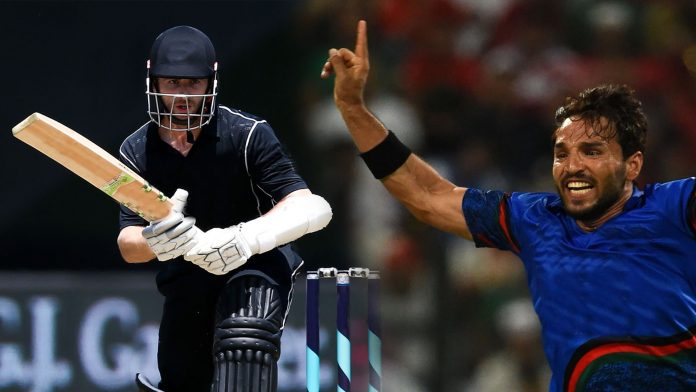 2015 World Cup runner-up, New Zealand, has won both the matches they have played in this tournament. Hence, the team is placed perfectly at the top in the points table. In their opening match, the Black Caps crushed the Lankan Lions registering 10-wicket victory. Although in the second match the Bangladeshi tigers gave a tough fight, at the end the Kiwis emerged victorious by 2 wickets.

On the other side, Afghanistan team that showcased memorable performance against Pakistan in the warm-up match, hasn’t played to their full potential. In their first match against the Aussies, the team buckled down under pressure. The same happened in the second match, where Sri Lanka easily defeated them in the rain-interrupted match.

Out of three international matches played at this venue, 300 plus scores have been achieved twice. Although none of the teams involved this time have played here before, but in the few games that the County Ground hosted, there were plenty of runs. So, most probably this time also a big score is on the cards.

Captain winning the toss will look to bat first, as it is a day-night match, while bowlers will get more advantage in the second innings of the match.

We expect around 3.3 mm of precipitation to fall and cloud covering 67% of the sky. There is a possibility of rain to come in patches. The temperature will linger around 15 to 17 degree Celsius and it will dip as the game progresses. The humidity is expected to be around 84 percent.

Wicketkeeper-batsman, Mohammad Shahzad, has been ruled out of the tournament due to his knee injury. Ikram Ali Khil will join the team as his replacement. Talking about the team combination, Noor Ali Zadran might replace Mohammad Shahzad in the match.

For New Zealand, no injury concerns are there. They have won both the matches the team has played. So, they would not like to make any changes in the team to continue with winning combination.

Both the teams have faced each other only once in World Cup tournament and New Zealand secured the winning position. But, Gulbadin Naib and company will be eyeing on putting up a great show this time. Let’s see what will happen!