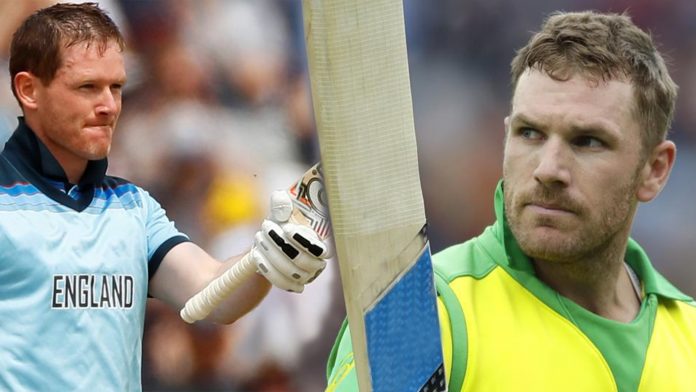 England vs. Australia is one of the most highly awaited matches of the Cricket World Cup 2019. Both the teams have witnessed some memorable games in the past.

In the previous game played here between Pakistan and South Africa, spinners got a good advantage in the second half of the match. The dryness in the track might once again help the slower bowlers in the match.

Over the past few days, the weather has improved considerably in England, but for this match some rain is in the forecast with 70% cloud covering. The temperature will hover around 24 degrees Celsius, and the humidity is expected to be approximately 74%.

Captain winning the toss is expected to bat first and put runs on the board because the pitch will get slower as the time progresses on.

The hosts, England, entered this tournament as clear favorites. But, after defeat against Pakistan and Sri Lanka, England is in a little bit of trouble. Currently, the team is placed at fourth spot with four wins in the six matches they have played.

To be sure of qualifying England will need to win at least two out of their next three matches. Australia, India, and New Zealand are the three teams against whom the Englishmen will play their remaining games.

England’s opener Jason Roy is having a second scan on his torn hamstring and is unlikely to play against Australia. So, in his absence, James Vince will continue to open the innings with Jonny Bairstow. No changes are expected in the playing XI even after defeat against Sri Lanka in the last match.

With five wins, the Aussies are perfectly placed at the second spot in the points table. In their last three matches, the Kangaroos have comprehensively defeated Pakistan, Sri Lanka and Bangladesh one after the other.

For them, the return of David Warner and Steve Smith has given the side good confidence. Skipper, Aaron Finch, and left-handed batsman, David Warner is in the prime form of their life. Mitchell Starc is leading the bowling attack superbly.

No injury concerns are revolving around the Australian team ahead of this match. So, Aaron Finch led Australia is expected to do no alterations in their playing XI because the winning momentum is with them.

Both the teams have played some excellent cricket in this tournament till now. One side, Australia will be eyeing to keep the winning momentum with them while, Eoin Morgan and his troops will be aiming for a masterclass performance to get a fifth of the tournament.

Follow MyTeam11 for more updates and information about the upcoming fixtures and latest sports stuff.