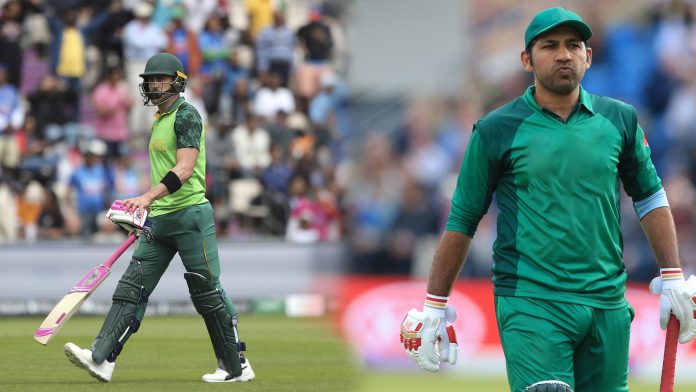 Both Pakistan and South Africa are proud cricketing nations who have disappointed their fans with their consistent poor performances in the World Cup 2019. The teams are receiving a lot of criticism following their lousy performances.

Also known as the Home of English Cricket, the pitch here has great advantage for bowlers. Spinners had an impact in the second innings of the last ODI played at Lord's in July 2018, and the dryness might once again help the slower bowlers in the match.

According to reports, the temperature will hover around 25 degrees Celsius. Proper sunshine is in the forecast with very minimal chances of rain throughout the day. The humidity will be approximately 67 percent.

The team winning the toss will be looking forward to put runs on the board and defend it because the pitch will get slower as the game progresses on.

After the defeat against their arch-rivals India, Pakistan team faced severe backlash. Now, Sarfaraz Ahmed-led team will be keen to enter the field and showcase their best performance. With only a single victory in this tournament till now, Pakistan is at the second last spot in the points table. The 1992 World Cup trophy holders have lost their previous two matches consecutively.

The top order of Pakistan is expected to remain unchanged. The likes of Fakhar Zaman, Imam ul Haq, Babar Azam, and Mohammad Hafeez have already played some good innings for the team. The bowling trio of Hasan Ali, Mohammad Amir, and Wahab Riaz needs to step in. The only change which the team management might do is the replacement of Shoaib Malik with Asif Ali.

South African players had not clicked at the right time when the team needed them the most. Their World Cup 2019 campaign started with three straight defeats against England, Bangladesh, and India. Afghanistan is the only team against whom they have emerged victorious.

With nothing going right for the Proteas in this tournament, experienced JP Duminy is expected to make it to the playing XI in place of Aiden Markram, who failed to capitalize on the chances given to him. Other than this, no changes are expected.

Faf du Plessis will be hoping for his troops to display their top performance to give their fans something to enjoy.

Both the teams have nothing to lose now, they have to win all their games left to give themselves a chance for semi-final qualifications. Let’s see what happens.