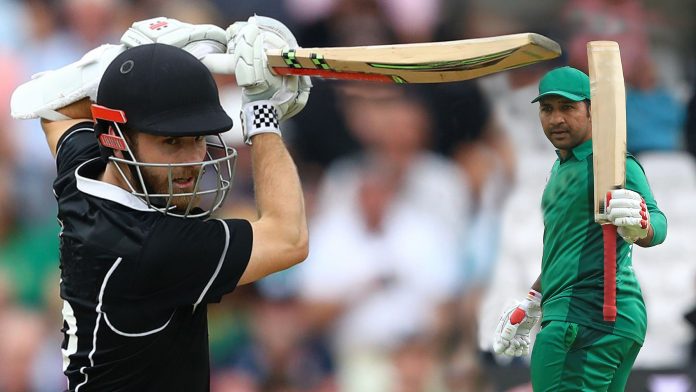 Pakistan vs. New Zealand will turn out to be an exciting battle as on one side, the Kiwis will play to get the semi-final ticket, and on the other hand, Pakistan will play to keep their semi-final qualification hopes alive.

The pitch at this venue is a tricky one. In the last ten matches played on this ground, twice the teams playing crossed 300 plus score. In the previous game played here between South Africa and New Zealand, pace bowlers got good help in the initial overs of the innings and the same is expected in this match.

The weather has not been good in this tournament so far. Till now, four matches have been called off, and some games have been shortened due to bad weather. The same weather is in prediction for this match. Reports suggest that tomorrow’s weather is expected to be overcast with 89% of cloud covering. The temperature will be about 19 degrees Celsius while the humidity will be higher in number, approximately 85%.

The team winning the toss is expected to bowl first because this track gets better in the second phase of the match.

The Kiwis are at the top spot in the points table with five wins. Except for their one wash out game against India, New Zealand has emerged victorious in every occasion they took the field in this World Cup. With one victory from here, the blackcaps will seal their place in the top four. Kane Williamson’s men have showcased brilliant performances in all departments till now, led by skipper itself.

No injury concerns are revolving around the team. Apart from this, New Zealand skipper, Kane Williamson is expected to do no changes to the winning combination. The likes of Martin Guptill and Colin Munro have still not given their best performance. So, this time, hopes will be from them to provide the team a solid start.

Pakistan’s World Cup 2019 campaign have been topsy-turvy till now. They have had a slow start to this tournament due to their senior players’ inability to perform but as the time progressed, things started to fall right for them. Sarfaraz Ahmad and his troops were superb in their match against South Africa. From now, they have to keep the same winning momentum in their left games to keep themselves alive for the final four race.

In their previous game against the Proteas, Pakistan made a couple of changes that worked for them. The team looked good in every department as a result of which, Pakistan won that match comprehensively. So, in this match, Sarfaraz Ahmad might play with the same playing XI that played at Lords on Sunday.

Although history suggests Pakistan has an upper hand on New Zealand in the World Cup. But in present time, New Zealand team is going through the best phase while Pakistan team has not performed consistently in this tournament. Let’s see what happens in this contest.

Till then, Follow MyTeam11 for more updates and information about the upcoming fixtures and latest Sports stuff.