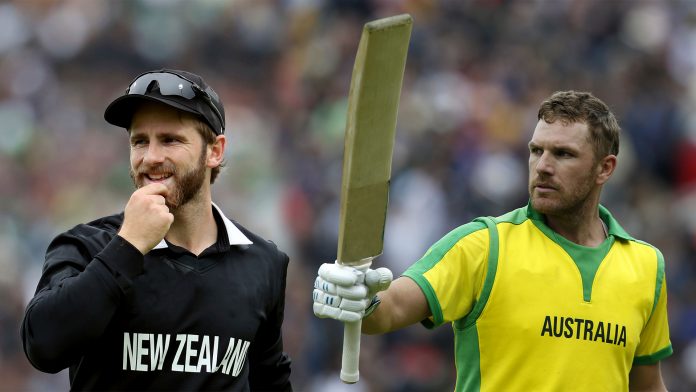 New Zealand vs. Australia will be one of the most thrilling battles of this tournament because both the teams have showcased some exceptional performance till now.

In the two games played here, the teams have defended the total quite easily. In the initial few overs of the game, the medium pacers will get some swing and movement, but spinners will play a crucial role in the second half of the match.

The biggest news coming from London is that no possibility of rain is there in the match. The Reports suggests that the sun will be shining bright and cloud cover will be minimum. The temperature will be on the higher side around 32 degrees Celsius and humidity will be approximately 60 to 70 percent.

After seeing the results of two matches played at this venue, the captain winning the toss will look to bat first.

Kane Williamson led side has lost only one match in this tournament till now. With five wins in seven games, the blackcaps are sitting quite comfortably at the third spot in the points table.

Despite the fact that New Zealand are looking in a commanding position in this tournament. Still, Kane Williamson will be worried about the opening combination that has not played according to the expectations.

Colin Munro has not looked in good form for New Zealand in this tournament so Henry Nicholls might replace him in a crucial and must-win game.

Defending Champions, Australia is sitting at the top spot in the points table with six wins in seven matches. Aaron Finch and Co. have done exceedingly well in the tournament because of their all-around team effort especially Aaron Finch and David Warner have looked in terrific form.

After their comprehensive victory over England in the last game, the Aussies might play with the same playing XI that played against England.

The Kangaroos have defeated the blackcaps in the 2015 World Cup finals, and Kane Williamson’s men still have that memory somewhere in their minds. So, the team will be eyeing to bounce back strongly to get the semi-finals ticket.

Follow MyTeam11 for more updates and information about the upcoming fixtures and latest Sports Stuff.