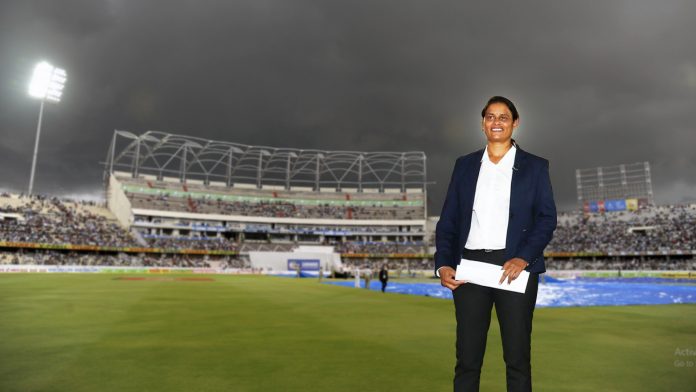 ICC makes an addition to its International Panel of Match Referees, appointing the first ever Female Match Referee. Recently, ICC announced the appointment of GS Lakshmi as first female match referee, closely after the announcement of taking in Claire Polosak as the first female umpire to in a men’s ODI match.

Well, the recent moves from ICC surely seem to be one of those women empowerment strategies, in the wake of providing equal status to both men & women in the “Gentlemen’s Game.” Talking about the appointment of Lakshmi and her background as a referee, then, the 51-year-old has out looked domestic women’s cricket 2008-2009. As a part of her career, she has looked over three women's ODIs and three women's T20Is.

Delighted by the opportunity, Lakshmi expressed her happiness, stating, "To be selected in the international panel by the ICC is a huge honour for me as it opens up new avenues. I have had a long career as a cricketer in India and also as a Match Referee. I hope to put my experience both as a player and as a match official to good use on the international circuit.

She further added to her statement, "I would like to take this opportunity to thank the ICC, officials at the BCCI, my seniors in the cricketing circuit, my family and colleagues who have supported me over the years. I hope to live up to their expectations by doing my job to the best of my ability."

Apart from this, Australia's Eloise Sheridan became a part of the ICC Development Panel of Umpires, taking the score of women’s in the panel to 8. Lauren Agenbag, Kim Cotton, Shivani Mishra, Sue Redfern, Mary Waldron, and Jacqueline Williams are other to be included in the panel alongside Sheridan and Polosak.

Such advancements by the global controlling board of the cricket highlight that it’s time for women to come upfront & take an equal side as of men in the game. Follow MyTeam11 for all the latest sports stuff, fixtures and predictions.