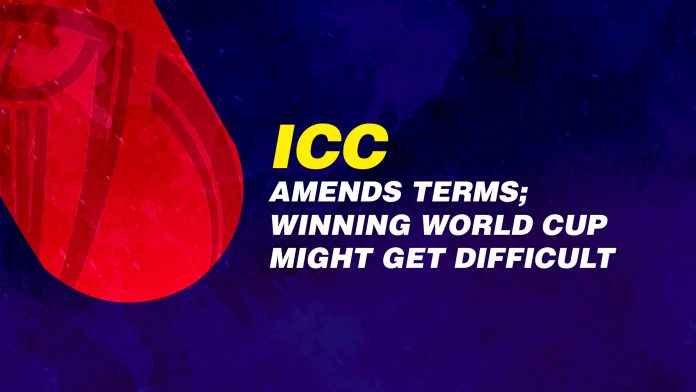 England’s maiden World Cup victory that came to them in the year 2019 against New Zealand after a lot of efforts and somewhat their luck raised various speculations & criticism among the fans. England was crowned as the 12th World Cup Champions following the controversial boundary rule that raised various eyebrows, as the decision was based on the superiority of Boundary count between the two teams, after the regular game and super-over battle.

The final of the World Cup saw a tie between New Zealand and England after which the game was scheduled to be completed using the Super Over method. However, as destiny had, both the teams scored 15 runs each, ending Super Over too in a tie. Finally, England was declared as the winner taking after their 22 boundaries and two sixes against New Zealand’s 17.

Taking after the enraged reactions from the audience, the ICC Cricket Committee Head, Anil Kumble and Chief Executives' Committee zeroed to a recommendation provided by Kumble mentioning Super Over to be the ultimate method for the result declaration. It was decided that the Super Over method will be retained in all ICC events including ODI and T20 World Cups.

As per the final decision was taken in the meeting held on Monday by the members of International Cricket Council, the results of all the matches will be declared using Super Over. In case a Super Over is tied between the two teams playing, in a league stage match, the game will be declared as drawn. However, in case of a Super Over tie in Semi-Final or Final game, Super Over will be repeated until one of the team scores more runs than the other.

The decision has been taken considering Super Over to be an “an exciting and engaging conclusion to the game”.