iB Cricket, the Most Enthralling Virtual Reality Cricket Game: Everything You Need to Know 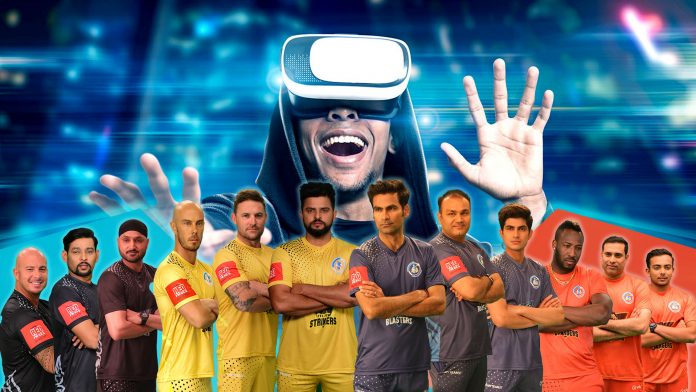 The cricket world is all set to witness an enthralling event before the festival of the cricket world, the Indian Premier League & the World Cup 2019 creates a hype. Well, iB Cricket, the first virtual reality cricket game is all set to make its debut on 15th March 2019, with 12 veteran cricket players playing against each other to grab the title.

What is iB Cricket?

The concept is first of its kind wherein the players will be given a VR box to play a virtual cricket match that will provide them the exact thrill and excitement as of a real match. The game will allow the players to choose their own pitch and ground & will be equipped with engaging experiences like a cheering crowd to boost the players’ morale & offer them a mind-boggling experience.

The event will be power-packed with everything just like a normal cricket event. It will comprise of live banter, commentary, hosts, and extensive coverage from the studio before, during and after the match.

Scheduled to begin from 15th March, the event will witness a total of 12 matches being played between 12 International players. The 12 matches will be divided into 3 stages, i.e., the League Stage, the Play-off stage and the Finals. There will be a total 6 League Matches, 3 Play-offs & three Finales.

The game will be a super-over game where 2 players will face each other at a point of time & total of 12 players from 4 teams will compete against each other in a Round-Robin format. The teams that will score least on the points table will be eliminated & the game will carry-on with the table-toppers making it to the finals. The grand finale of the game will be held on 20th April.

The iB cricket super-over game will be played between 12 international cricket legends, divided into 4 teams. The four teams will be:

We’re eagerly waiting for the iB Cricket super over the game to go live on 15th March & analyze what response this new development receives from cricket lovers. Till then keep watching Myteam11 for the latest sports stuff.