iB Cricket teams up with MyTeam11 as ‘Official Fantasy Partner;’ strives for an Impressive Virtual Experience 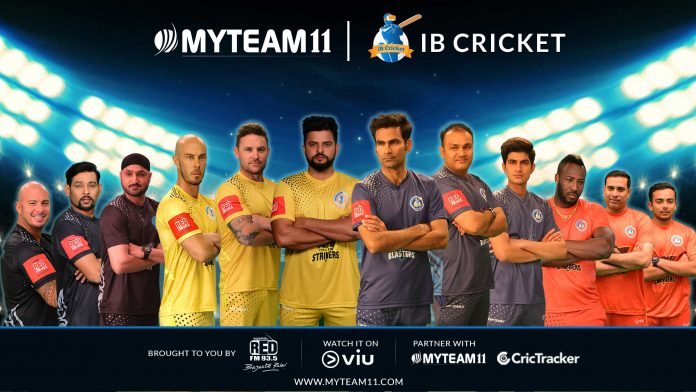 iB Cricket, is the first of its kind, virtual reality sport (vSport), where world’s most loved sport will join hands with technology. Developed by ProYuga, iB Cricket is a vSport that lets users experience how fun cricket can be when played in world-class stadiums with the latest technology, the virtual reality headsets.

Talking about the event, veteran player Virender Sehwag, who is also the Brand Ambassador for MyTeam11 was seen stating, “It’s amazing that cricket is embracing new technologies to create this new format of cricket league. This way, the sport is growing big and garnering love from all generations. I’m very excited to play against my buddies, in the iB Cricket Super Over League after a long time.”

Vinit Godara, CEO MyTeam11 said, “We are glad to be associated with iB Cricket as Official Fantasy Partner. iB Cricket is an exciting concept that will surely catch the attention of the users, and that is what we look to provide to our users, SOMETHING EXCITING! We believe this association will be long-term and reap huge benefits for the users of both the organizations.”

iB Cricket Super Over League, scheduled to begin from 15th March, will be streamed on the Viu platform.

The show promises to be a total package with live banter, commentary, hosts, and extensive coverage from the studio before, during and after the match, enthralling the audience like never before and keeping them at the edge of their seats. This first-of-its-kind virtual reality cricket would be played on a pre-designed set where 4 teams of three players each shall fight it out for a place in the final. The format of the game is such where one player from each side shall face each other in a super over.

Talking about the association as Official Fantasy Partner, Sanjit Sihag, COO MyTeam11 said, “Every now & then there’s a new addition or a new update in the world of sports. We strive to offer all the possible and latest feed to our users. The association with iB cricket is one such step.”

MyTeam11 is recognized as one of the leading fantasy sport brands that presently offers fantasy cricket, fantasy football, fantasy kabaddi, and fantasy volleyball to a huge user base.