iB Cricket: Sehwag’s Blue Blasters are Ready for the Battle 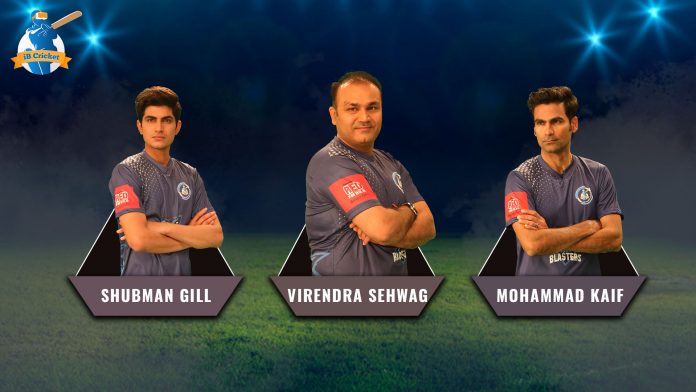 The cricket fans are sitting tight to witness an ultimate collaboration between technology and the world’s most celebrated game, cricket. Beginning from 15th March, iB Cricket is all set to join hand with technology and unveil, the world’s first ever virtual reality cricket game.

Blue Blasters is one of the four teams that will participate in the iB cricket super over game, competing against each other in a Round Robin format to clinch the inaugural title of the game. The Virender Sehwag led Blue Blasters is a combination of experience of the veteran player and aggression of the young lad, Shubham Gill.

The team will comprise of three prominent names of the Indian cricket team. On one hand where there is Virender Sehwag with great experience & playing techniques, it Shumbham Gill on the other hand. Then comes the third player of the team, known to be one of the finest fielders of India, Mohammad Kaif.

The first Indian player to have scored 2 triple centuries was the favorite of every cricket lover. The absence of the player from the cricket world had been a big disappointment for his fans, but now, it’s time for cricket legend to make an exclusive comeback. And, nothing can be a better platform for the player than iB Cricket.

Not letting the ball get off his hands, Mohammad Kaif is known for his great fielding capabilities. Well, it seems that the player might have a tough time at iB cricket. Being well-equipped with the finest-fielding skills, the player might fall on the face when it comes to batting, which iB cricket is all about.

The kin recently made his international debut, playing for team India against New Zealand in January 2019. Since the debut, this little fella is famous for his hard-hitting shots & has already made a space for himself in the hearts of cricket fans.

Let’s see what these players have to offer in the upcoming virtual cricket game. Catch the action live in iB cricket. Till then if you want to stay updated with the latest sports stuff, stay tuned to MyTeam11.