“I try not to think about it, I will just focus on my training,” says Gill on his maiden Test call up 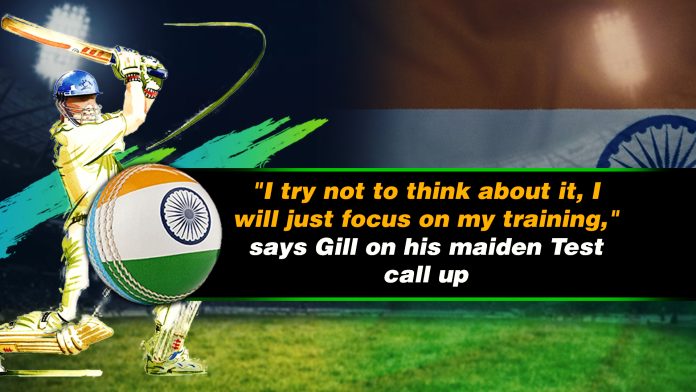 BCCI announced the 15-member Test squad for upcoming series against South Africa. Surprisingly, young Punjab born batsman, Shubman Gill got his maiden call up for the 3-match Test series. He has been included in the squad in place of an opening batsman, KL Rahul who failed to capitalize on the chances.

Shubman Gills performance for India A team, has been remarkable. Apart from this, he is the youngest Indian to score a first-class double century for an India A side after he played an unbeaten knock of 204 for the A’ team in the third unofficial Test against West Indies A.

Following his inclusion in the team, he said, “I try not to think about it, I will just focus on my training.” Adding more to this, he tweeted that it is always an honor to represent the country, the color of ball doesn’t matter.

He first came into eyes of selectors after his tremendous performance in 2018 U-19 World Cup, where he played a massive role in helping India to lift the coveted trophy. Playing for Punjab in domestic cricket, Gill has scored 1443 runs in 14 matches at an average of nearly 72. During this, his highest score was 268. To be more precise, he was the highest run-scorer for his team in Ranji Trophy in the 2018-19 season. He scored 728 runs at an average of 104.

Shubman Gill made his ODI debut against New Zealand earlier this year. In the two ODIs appearances so far, he has scored only two runs.

The three-match Test series between India and South Africa will begin in Visakhapatnam. The first match will be played between October 2 and 6. Pune will host the second Test match from 10 to 14 October. The third Test will be played in Ranchi from 19 to 22 October.