How has IFL panned out in the first half? 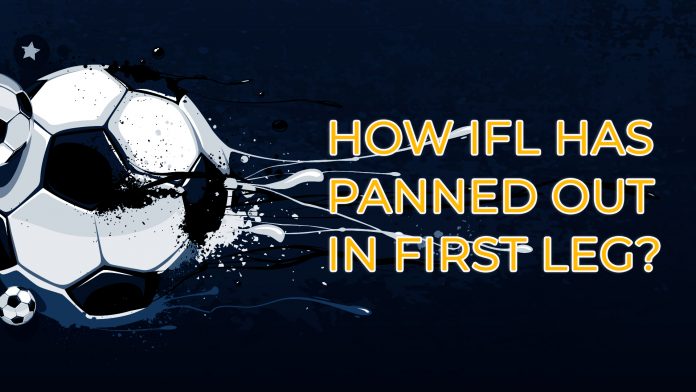 All the Indian football fans were eagerly waiting for the sixth edition of IFL to kick start again, and the first leg of the tournament has panned out well. There were few changes in this year’s edition as Hyderabad FC replaced disbanded FC Pune City, whereas Delhi Dynamos moved to Bhubaneshwar and rebranded as Odisha FC. The IFL kicked off on 20th Oct 2019, and the first match was played between Kerala Blasters and Atletico Kolkata at Jawaharlal Nehru Stadium, Kochi, where the hosts managed to clinch 3 points to start their season with a victory. By the end of the first half, all the teams have played four matches each, with Atletico Kolkata sitting on top. On the other hand, the two-time champion Chennaiyin FC hasn't had any success so far and is on the bottom of the table.

With the first half done, let's look at the top 5 teams in the tournament so far.

Atletico Kolkata has good outing so far, with the team sitting on top of the table after the end of the first half. The two-time champion lost the first match against Kerala Blasters but came back strongly with three wins in a row. ATK has scored ten goals so far in their four games with 9 points. David Williams has been the top scorer for ATK with three goals. The team will be looking to continue their winning streak in the second half of the tournament.

FC Goa has continued their good form from last season as the team is standing on the second spot with eight 8 points. They have won 2 matches so far with two draws and are yet to lose a game. Coro has been their top scorer with three goals. They will be looking to book their place in the playoffs in the second half of IFL.

NorthEast United FC is on the third spot this season. They have won 2 matches with two draws and are in the same position with 8 points.They have scored five goals so far in their four matches, and Redeem Tlang being the top scorer for them with two goals. NorthEast United FC will be hoping to clinch their first IFL trophy this year.

Jamshedpur FC is playing its third season this year, and the team has done well to be in Top 5. They have won 2 matches so far out of 4, with one being a draw and one loss that came against the table topper ATK. Sergio Castel has been their top player in the first leg with three goals.Their next match is against the robust FC Goa on 26 November.

Bengaluru FC registered their first win of the season against Chenaiyin FC at their home ground. Bengaluru FC has entered on the fifth spot with 6 points and is 1 point behind Jamshedpur FC. They haven’t lost a match despite settling for 3 Draws. They will be looking to take the confidence from their last game and win the next one against Kerala Blasters.

The second leg of IFL starts on 23rd November and hopefully the entertainment for fans will get doubled this time.