Hockey: Everything about India’s ancient sport 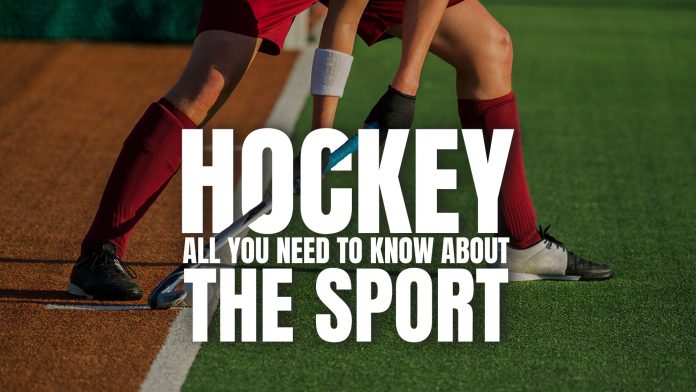 One of India’s most ancient sport, hockey, that put India in the world’s sporting map has struggled with its existence for a while. Used to be regarded as India’s national sport, people lost interest in the game due to team’s mediocre performances in the major events. But the recent performances by the team have proved that Indian Hockey is moving in the right direction. The Indian hockey team is all set to participate in the Tokyo Olympics and the excitement among the fans has reignited. And with the introduction of fantasy hockey on MyTeam11 app, the craze has gone a notch higher. So, before you start playing the exciting fantasy hockey on our app, we bring you a complete hockey guide.

Hockey – A sport that dwells in our heart

Hockey is an eleven aside game where ten players will be the outfield players, while one, the goalkeeper, guards the goal. The game is played on 100 yards by 60 yards pitch with a ball. Each player has a stick with a rounded head to play the ball with and the objective is to score goals by putting the ball in an opposing team’s goal. The players are divided into four categories:

Strikers or attackers usually rotate through the wings and centre positions during the game.

The midfielders roam around the field and are used to link the defense with the strikers. They are often called as playmakers.

The defender’s chief role is to prevent the opposing team from scoring. They are positioned at four locations- right half, left half, right back and left back.

A goalkeeper is the only player who is allowed to use his body to play the ball, but only if he stays within the goal-circle. If a keeper leaves the circle, he is only able to play the ball with his stick. The goalkeeper’s primary responsibility is to stop the ball from crossing the goal line.

History of Hockey in India

Hockey came to India through the Britishers. The game was introduced in India during the colonial era in the 19th century. The first hockey club in India was formed in Calcutta in 1855. The Bengal Hockey was the first hockey association in India and was founded in 1908. Their first appearance in the Olympics was in 1928.

Indian Hockey Team won Olympic gold medal for the country in their first year of participation itself. During the period of 1928 to 1956, the Indian Hockey Team won six consecutive Olympic Gold medals. This was termed as the golden era of Indian Hockey. The team, after missing out in Rome Olympics in 1960, won gold again in the 1964 Tokyo Olympics and 1980 Moscow Olympics. But post 1980, the hockey team’s performance in the Olympics went downhill and failed to bring gold back home again. Indian Men and Women’s team will now participate in the upcoming Tokyo Olympics and they will look to make India proud again.

MyTeam11 Desk
A creative team of writers exploring the sports world from each & every end to serve you with exciting and engaging sports feed. Stay updated with all the recent occurences with our latest updates.
RELATED ARTICLES
Uncategorized

Murray pulls out of Delray Beach event amid coronavirus concerns