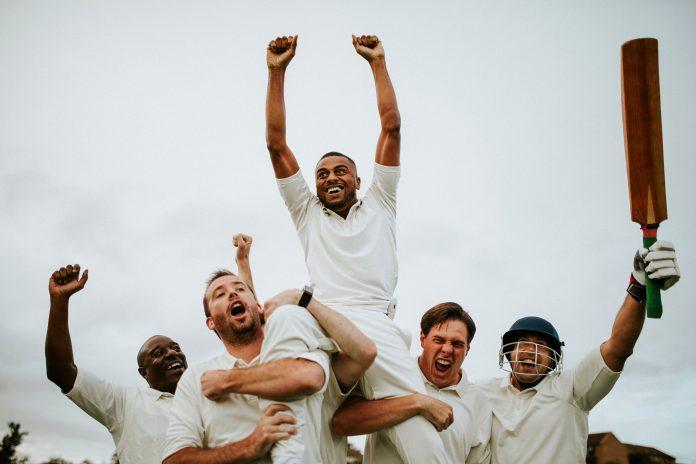 Scoring runs in a T20 contest is very important, especially in the World T20 Cup. So far, we’ve seen very close battles between Pakistan and Zimbabwe or Australia vs Sri Lanka, even one extra run can make a big difference. While sometimes, the bowlers tend to keep the opposition from scoring a bog total, there have been times when the batting side put forth a massive total. So, today, we’ll look at the highest team scores in World T20 Cup.

This list would make no sense if South Africa were not it. The team is jam-packed with hard hitters of the white ball. Back in 2009, the Proteas scored a mammoth total of 211 runs against Scotland in the 2009 edition of the World T20 Cup.

Batting first, skipper G. Smith (38 runs) and J. Kallis (48 runs) gave the South African team a steady start. However, A. de Villiers stole the show with his magnificent innings of 79* runs. The former South Africa skipper 5 fours and 6 sixes to bring his team to a score of 211 runs at the end of the first innings. Eventually, South Africa won the match, knocking the Scottish squad out of the World T20 Cup.

In the 21st match of the 2007 edition of the World T20 Cup, cricket fans witnessed carnage during the India-England match. The match is famously remembered for one thing – Y. Singh hitting 6 sixes in an over.

Batting first, the Men in Blue were off to a solid start, all thanks to G. Gambhir and V. Sehwag. However, after the loss of 3 quick wickets, things seemed dull for team India. Eventually, Singh arrived at the crease and unleashed his anger on S. Broad by hitting 36 runs in his over. India reached a total of 218 runs. Team England fought hard but was bowled out at 200 runs.

South Africa is no stranger to putting big totals in a World T20 Cup. The Proteas broke their own record and hit 229 runs in a match against England in 2016. Two of the best T20I teams met at the Wankhede Stadium, Mumbai in the 18th match of the tournament.

Batting first, the South African opening pair provided a solid partnership of 96 runs. However, the middle came crashing down like a house of cards when H. Amla and Q. de Kock got out. In the end, it was the quick innings from J. Duminy (54 runs off 28 balls), that helped the South Africa team reach a total of 229 runs.

Yes! This is the same match between South Africa and England at number 3 on this list. After putting up a gigantic score of 229 runs, the South African bowlers needed to make sure that the English Lions never reach there.

However, that night, the English players gave the performance of their lifetimes. J. Roy started the innings in a hurry and scored 43 runs off 16 balls. But, after Roy got out, the England teams struggled to make runs in the middle over. Eventually, J. Root arrived with vengeance in his eyes. Root hit memorable 83 runs off just 44 balls. In the end, his innings was sufficient to peg the England team toward their victory.

Sri Lanka still holds the record for the highest team score in the history of the World T20 Cup. In the inaugural World T20 Cup, Sri Laka scored a massive total of 260 runs against Kenya.

Legendary S. Jayasurya, along with his teammates helped the Sri Lanka team reach such a total. Jayasurya scored 88 runs off 44 balls. Moreover, K. Sangakkara (30 runs) and M. Jayawardene (65 runs) provided the finishing touch the team needed. In return, Kenya got bowled out at just 88 runs. In the end, the Lankan Lions won the match by 172 runs.

So, this is the light of the teams with the highest team scores in World T20 Cup. Just like these big totals, MyTeam11 gives you big winnings! Create your fantasy teams in the 2022 World T20 Cup and get a chance to grab exciting rewards! Keep playing, keep winning!