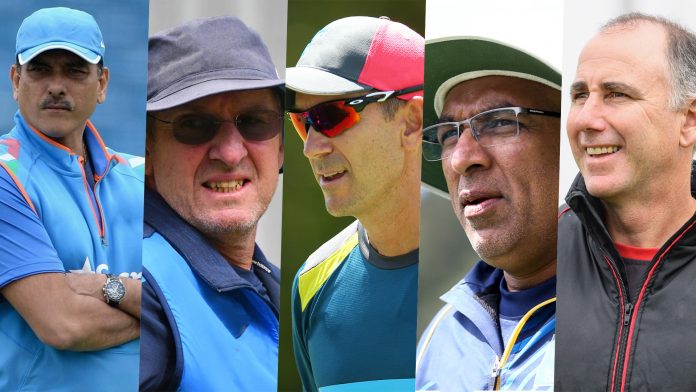 Former Indian cricketer, commentator, Ravi Shastri currently serving as head coach of Indian national team is at the top spot in the list.

On July 2017 Shastri, the former team director, was appointed as Head Coach for the national side by the Cricket Advisory Committee (CAC), comprising Sourav Ganguly, Sachin Tendulkar. He was selected for the role at the contract of Rs. 8 crores per year, 1.5 crores more than Anil Kumble who served as coach before him

As the World cup 2019 is in progress, on 13 June, according to the sources, the BCCI announced an extension of Shastri's contract by 45 days after the tournament.

His journey as a coach started in the year 2009 when Cricket Australia appointed him as assistant coach of Aussies test team. In the year 2012, he was named as Western Australia and the Perth Scorchers senior coach.

Because of his hard work and dedication, in May 2018 Cricket Australia appointed him as the coach of Australian national cricket team at the annual income of approximately 4.51 crores.

Former New South Wales right-handed batsman, Trevor Bayliss is currently tutoring the England national cricket team. From 2007 to 2011, he was the coach of Sri Lankan tea, and during his stay with the team, Sri Lanka reached 2007 and 2011 World Cup finals.

In the year 2015, he took the post of England’s cricket team head coach and continuing with the same till now. He is getting the annual salary of 3.6 crores for his role in the team.

Before this, he tutored the Bangladesh national cricket team between 2014 to 2017. Moreover, he was the most successful coach of Bangladeshi team ever because under this mentorship the Bangla tigers emerged victorious against some big teams and made it to 2017 Champions Trophy and also qualified directly for 2019 cricket World Cup.

Former blackcaps right-handed batsman, Gary Stead who is currently giving services to his national team as the coach got the fifth position in the list. He has been appointed for this position in August 2018.

Under his mentorship, till now the Kiwi team has performed brilliantly. In August 2019, he will complete one year as New Zealand coach. The sources suggest that the board will be going to pay him approximately 1.72 crores for his services.