Happy Birthday Pujara: Can’t get enough of the wishes Pouring for the Legend 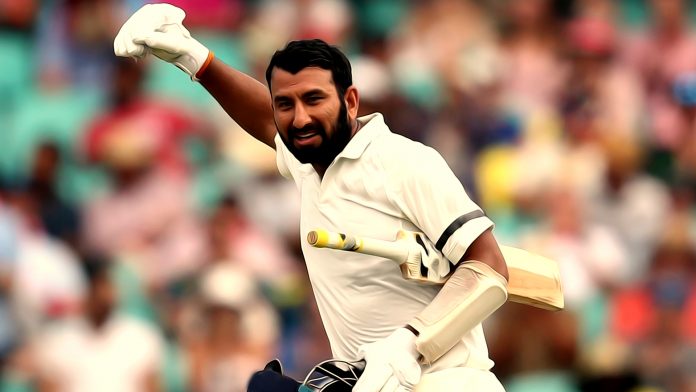 A boy from Saurashtra took the media by storm when he was reported to be hitting centuries-on-centuries. Well, he not only created history in Ranji Trophy and U-19 games but went on to become a leading player for Team Blue. Yes, we are talking about Cheteshwar Pujara, who showcased an enthralling performance amid India’s tour Down Under.

India registered a terrific victory at the Australian soil, returning without losing even a single series. The Men in Blue won the series by 2-1, ODIs by 2-1 and T20s were drawn at 1-1. Pujara who scored 3 centuries in three Tests he played, was adjudged as the Player of the Series. Let’s have a look at what cricket legends had to say about the Saurashtra Boy.

The player has recently completed 18 Test centuries, the player is recognized for slamming 2000 runs in a single year. We wish to see the Pujara rise in future too, with Pujara helping Team India to win plenty of Test Series in coming times.

On an ending note, MyTeam11 wishes Cheteshwar Pujara a very happy birthday, hoping that the player gets whatever he wishes for. Till then if you want to stay updated with the latest sports stuff then keep watching MyTeam11.