“Gentleman of Cricket,” Dravid turns 46, A look back at the journey of Team India’s prominent Gem 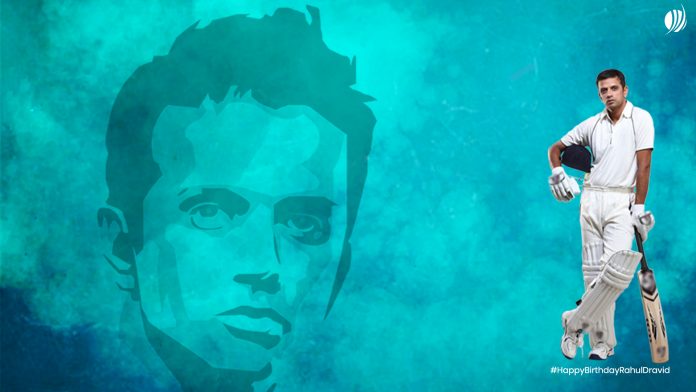 The legendary cricket player Rahul Dravid celebrates his 46th birthday today, and as the player turns a year older, we strive to recreate his journey as a successful cricketer. Recognized as “The Wall” by the Indian Cricket followers the player has had an interesting journey in the cricket world where his hard-hitting performance was a constant fear among opponents.

Born in the year 1973 in Indore, Dravid completed his from St. Joseph's Boys High School, Bangalore and later on graduated in commerce from St. Joseph's College of Commerce, Bangalore. He had interest in playing cricket since initial days of his life & started playing cricket when he was just 12. Dravid’s talent was first noticed by the former cricket player Keki Tarapore when he scored a century for his school team, and from then there was no looking back for the legend.

Dravid made his debut for the Indian National Cricket Team in the year 1996 against Sri Lanka and scored a whopping 95 which was then the eight highest by an Indian Player at the Lord’s. The player has plenty of records registered under his name in golden letters.

The list of records is way too long to be summarized but we have to wind up, we wish Rahul Dravid a very Happy Birthday once again. If you wish to keep receiving the latest sports updates, then stay tuned to MyTeam11.