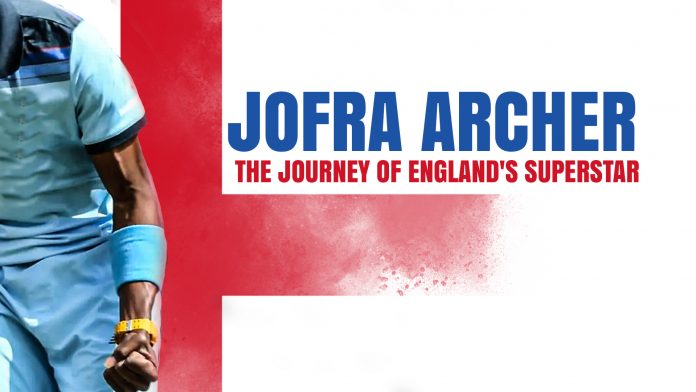 A person with talent always finds way to success. They will have tough times, sometimes even worst where people will criticize them, but in the end, they will be only one proving all of them wrong. The same is the story of Barbadian-born England destructive bowler, Jofra Archer whose cricket journey till now has been nothing but a fairy tale.

The player who was not considered by English selectors in the initial 15-member squad for the World Cup 2019 went on the bowl the ‘Super Over’ of the mouthwatering finale at the Lords. Defending 16 runs in the super over, he kept his calm and bowled brilliantly to give England their first World Cup trophy.

Jofra Archer’s first came into limelight with his exceptional performances for IPL franchise, Rajasthan Royals in last two seasons. In January 2018, he was bought by the Rajasthan Royals in the 2018 IPL auction. In only the first match, he gave a glimpse of his talent. On 22 April 2018, against the Mumbai Indians on his Indian Premier League (IPL) debut, he took three wickets and was named the player of the match.

In the two IPL seasons, the 24-year-old right-arm pacer has picked up 26 wickets in 21 matches. Despite bowling, his batting capabilities cannot be ignored as he has contributed for the Royals at the crucial stages. His Pace, accuracy, swing, and ability to bowl tight lengths in the final overs of the innings in every condition has emerged to be his one of his strength.

Due to overwhelming IPL performances, he started to get more opportunities and he didn’t disappointed here also. On 2 August 2018, during the 2018 t20 Blast match against Middlesex, Archer took a hat-trick in the final over of the game.

Following his brilliant performances in domestic leagues, England Cricket Board gave him a chance to represent the national team in limited over series with Pakistan and one-off One-Day Internationals against Ireland. Because of his fiery bowling in the series, Archer named in the final fifteen-man squad on May 21 when England finalized their team for the World Cup. He played all the matches for England and picked up 20 wickets in the tournament with best bowling figures of 3/42.

For his outstanding bowling display in the World Cup, the International Cricket Council (ICC) named Archer as the rising star of the squad. Furthermost, ICC praised his new ball bowling and his bowling at the death of the innings and included Archer in their CWC2019 Team of the Tournament.

Till now, his success graph has seen a tremendous rise since his debut for England. His consistency in the limited over format gifted him a place in England’s fourteen-member squad for ongoing Ashes series.  However, he was omitted from the first Test but didn’t have to wait long to get Test cap. He made his debut in the second Ashes Test at Lords where he picked up five wickets in the match. Apart from this, in the same game he bowled a well-directed bouncer to Australia’s run machine, Steve Smith and once again proved his potential.

Steve Smith was ruled out of the third game following that blow. Meanwhile, Jofra picked up first-five wicket haul of his Test career in the third game played at Headingley.

England’s speedster undoubtedly will become a key player for England in the future if he continues to dominate in the same way.