Four players who failed to lift the World Cup Trophy 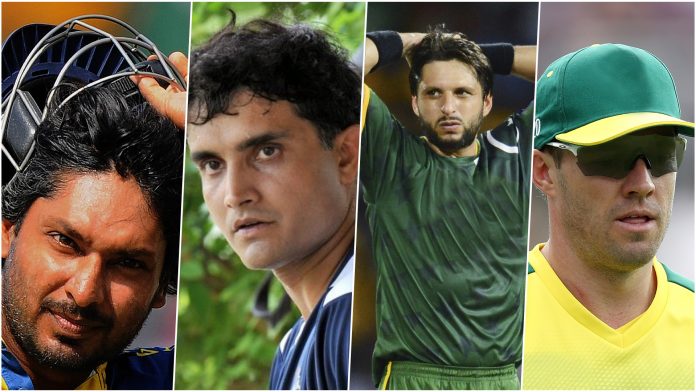 Former Sri Lankan wicketkeeper, Kumar Sangakkara, has achieved almost everything in his glorious career span. The only thing that will make his heart wrench for the rest of his life is not lifting the World Cup Trophy. In 2011 World Cup, he poured his heart out to take his team to the finals, but on the day, the Indian team handled the pressure and emerged victoriously.

He is the fastest batsman to reach a century for Sri Lanka. He achieved this milestone in 70 balls against England in the World Cup 2015.

"I would have loved to win a 50-over World Cup. We had two chances, but we didn't convert them. So, there are things that could have been, but I think that's the way the game goes," said Kumar Sangakkara on losing in 2011 World Cup final against India.

Considered as the ‘Modern Day Great,’ former South African superstar, AB De Villiers, has always entertained the fans and given his best on the field for any team he plays for. But no matter how amazing he is, but the disheartening fact that he ended his career without the World Cup trophy will always be the saddest moment of his life. In the 2015 World Cup, South African team under his captaincy had given 100 percent on the field that won the hearts of cricket fans across the world. Even though the team lost in the semi-final against New Zealand, the supporters greeted the players with a kind gesture when they returned their nation.

In World Cup 2015, he became the fastest batsman to score 150 in the World Cup history.

Affectionately known as Mr. 360, AB De Villiers is the leading run-scorer for South African team in the World Cup records.

“My goal is to win games of cricket, to take glory home, and make a difference in the nation’s heart and hope, and we didn’t achieve that, and it hurts quite a bit. I’m gutted,” a statement by AB De Villiers that he shared when the 2015 World Cup trophy dream ended after the semi-final against New Zealand.

Popularly known as ‘Dada,’ the former Indian left-handed batsman and captain, Sourav Ganguly, was always known for his aggression on the field. Under his captaincy, India reached to the finals in the 2003 World Cup, and the left-hander’s contribution was huge in the tournament. He was the one who gave the Indian team inspiration and believed in winning matches outside the home. He is regarded as one of the best captains India has ever witnessed. His contribution to the Indian cricket is immense, but one thing he could not achieve was to become the part of the World Cup team.

Sourav Ganguly holds the record of scoring the maximum centuries in a single World Cup. In the 2003 World Cup, he scored three centuries.

His 183 runs knock in the 1999 World Cup against Sri Lanka is the highest individual score for India in the World Cup history.

“Losing after coming so close is always hard to digest, but our team has played some exceptional cricket in the tournament.” said Saurav Ganguly on losing 2003 World Cup final against Australia.

Known as ‘BOOM BOOM AFRIDI,’ the former Pakistani captain, Shahid Afridi, was considered to be one of the dangerous strikers of all time. He was one of the best all-rounders of the Pakistan team. He achieved a lot in his career, but his dream of winning the World Cup title remained unfulfilled.

Shahid Afridi has hit the most sixes for Pakistan in the World Cup (12).

The all-rounder is the holder of the best bowling figures for Pakistan in a single World Cup match (5/16 in 2011 World Cup).

“We came close to winning that World Cup. Not winning it as a captain is regretful. I think it was Pakistan’s best performance in a World Cup in a very long time,” said Shahid Afridi on losing the 2011 World Cup semi-final against India.