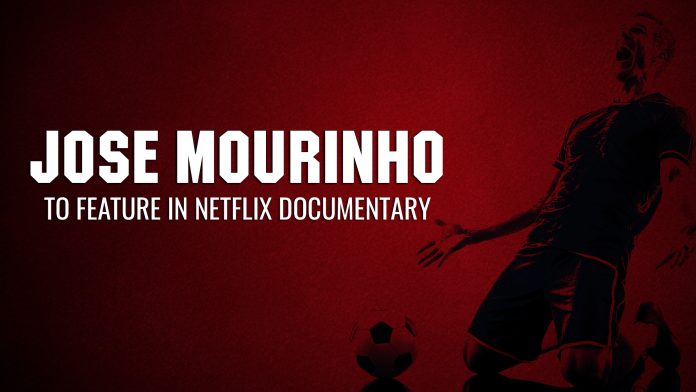 Tottenham boss Jose Mourinho has unveiled that he will feature in the upcoming Netflix mini-series that focuses on modern-day coaching. Surprisingly, Portuguese manager is already engaged with Netflix’s biggest rival, Amazon Prime’s next feature revolving around Tottenham Hotspur’s behind-the-scenes action. Being part of the Amazon’s documentary titled “All or Nothing,” Jose has been spotted wearing a microphone during every part of his Spurs career. Amazon is believed to have set cameras and microphones all over Tottenham’s Enfield training ground and in the home areas of the new stadium.

Mourinho has been roped in for another football drama – an episode sanctioned by Netflix. He said, “I’m doing also an episode for Netflix, it’s true. Eight coaches of eight different sports.”

In a recent interview, Jose joked about keeping it as secret from Amazon, which has a tie-up with Tottenham and is apparently the broadcasting Premier League games this week. He said, “My part is done. There are other coaches, NBA, F1, tennis, NFL, rugby, not cricket! But Amazon guys, they cannot know!”

Popularly known as the “Special One,” the managerial juggernaut has scripted his own legend with his unmatched victories on the pitch, his controversies, fearsome reputation and volatile personality. Mourinho has always the most sought-after football personalities in the British media. In 2016, he was the highest-earning manager as far as endorsements were concerned. He had renowned brands in his portfolio with whom he signed commercial deals worth millions.

As Mourinho returns to former club Manchester United on Wednesday night, he shared his opinion on the same by stating, "Honestly, Manchester United for me is in my book of experiences, my history book. A little bit like Mr Mandela was saying, ‘You never lose. You win or you learn.”