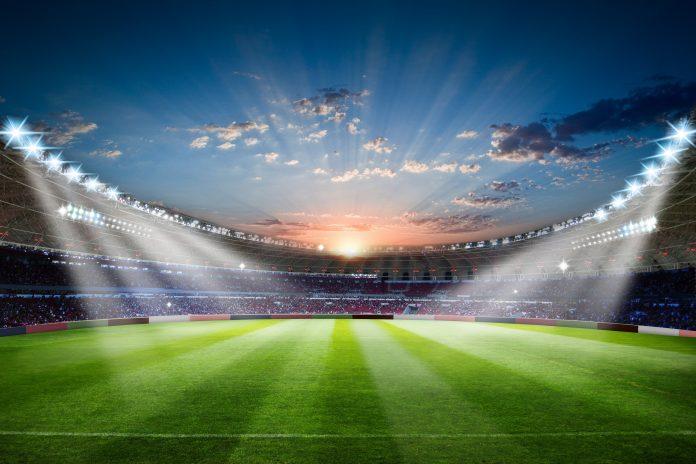 The Football World Cup is upon us and the fans are eagerly waiting for the biggest football tournament to take place. Qatar will host the 22nd edition of the Football World Cup, wherein 32 teams will battle it out to grab the most coveted prize in international football.

This is the first time a Football World Cup will occur in an Arab country. The World Cup will kick off on November 20 and will end with the final being played on December 18. A total of eight stadiums will host these eventful matches. So, today, let’s take a look at all the venues where the action will take place.

Qatar is known for its over-the-top infrastructures and these venues are the state of the art. Known for their eye-soothing designs, these stadiums will host multiple matches of this tournament ranging from group-stage matches to the inevitable final of the World Cup.

The Al Bayt Stadium will host the inaugural match of the Football World Cup between the host Qatar and Ecuador on November 20 at 9:30 pm. The stadium is known for its retractable roof and its field size.

Al Bayt Stadium is the second-largest stadium in Qatar with a seating capacity of 60,000 spectators. The stadium will host nine matches of the World Cup. Al Bayt attracts a lot of eyes because of its tent-like structure, which symbolises the lifestyle of the nomadic people of Qatar.

The opening venue of the Football World Cup will host six group-stage matches, one Round of 16 match, one quarter-final and one semi-final.

The Al Janoub Stadium, formerly known as Al-Wakrah Stadium, is famous for its futuristic design which resembles the sails of Qatar’s traditional dhow boats. The stadium was inaugurated on 16 May 2019 with a seating capacity of 40,000.

Al Janoub Stadium will host seven matches throughout the Football World Cup, including six group-stage matches and one Round of 16 match.

The first match in this futuristic stadium will be between the former World Cup winner, France and Australia on 23 November at 12:30 am.

In lieu of the 2022 Football World Cup, the original stadium, built in 2003, was demolished and revamped as the Ahmad Bin Ali Stadium. Previously, the stadium had a seating capacity of 21,282; now, the Ahmad Bin Ali stadium seats 44,740.

The stadium is named after Ahmad Bin Ali, who was the Emir (male monarch) of Qatar from 1960-1972. In the 2022 edition, the Ahmad Bin Ali Stadium will host seven matches. Most of the matches will be of Group-stage; however, one Round of 16 match will also take place at this venue.

The design of the Al Thumama Stadium in Doha is unlike any other stadium in the world. The infrastructure of the stadium is inspired by gahfiya which is a traditional cap worn by males across the Middle East as a symbol of dignity.

The Al Thumama Stadium has a seating capacity of 40,000 people and it was specifically built for the 2022 Football World Cup. The stadium will host eight matches throughout the World Cup.

The Education City Stadium, also known as ‘Diamond in the Desert’, is one of the biggest stadiums in Al Rayyan city. The construction of the stadium was completed in 2020 and the Education City stadium hosted its first match during the Qatar Stars League tournament.

The Education City Stadium is also termed as one of the most ‘environmentally sustainable’ stadiums. The venue will host eight matches during the competition, including one quarter-final.

In 2005, the stadium was revamped for the 2006 Asian Games which increased the seating capacity of the venue from 20,000 to 40,000 seats. The Khalifa International Stadium will host eight matches during the 2022 Football World Cup.

Stadium 974 is perhaps one of the most unique stadiums in Qatar. The stadium gets its name from the 974 recycled shipping containers that were used in its construction. Furthermore, it is a temporary stadium and will be disbanded once the 2022 Football World Cup concludes.

The number ‘974’ pays homage to the international dialing code of Qatar – 974. The stadium was opened in November of 2021 and has a seating capacity of 40,000 spectators. This temporary venue will host seven matches of the Football World Cup.

Lusail Iconic Stadium is the biggest stadium in Qatar. The 80,000-seater will host the final match of the 2022 Football World Cup. The stadium was built recently in September 2022 in lieu of the tournament.

After the tournament is over, the authorities are planning to reduce the seating capacity of this stadium to 40,000 seats.

This venue will be one of the busiest venues during the tournament as it will host ten matches.

So, these are the eight venues where the 2022 Football World Cup will take place. Now, you can create your fantasy teams on MyTeam11 during the World Cup. Don’t miss your chance to grab exciting rewards and Big Winnings! Keep playing, keep winning!