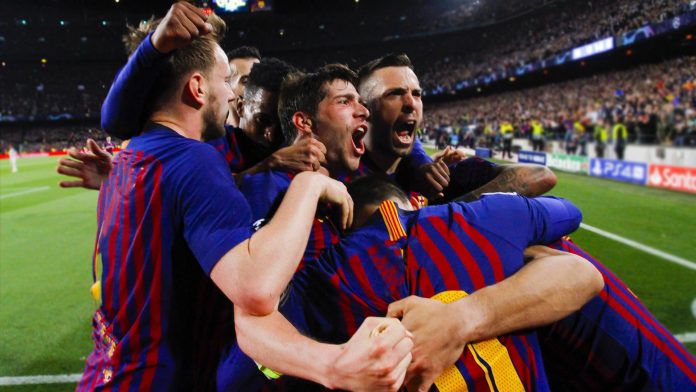 The first finalist of the champions league will be decided after this match. In the previous meeting, Barcelona defeated Liverpool by 3-0. Pressure will be on Liverpool, as just one goal from Barcelona is likely to end it all for them. But, Liverpool will be hoping for some magical performance from its players because to enter into the finals they have to win by four goals.

For Liverpool, Firmino and Salah will miss the match due to injury. Apart from them, the inclusion of Lallana and Keita is not sure. In their group, they are at the second spot with 9 points.

Talking about Barcelona, Rafinha and Dembele are suffering from an injury so they will be not in the playing XI. They are at the top rank in their group with 14 points.

Barcelona, who just has to score 1 goal to enter into the finals will not be under pressure, but on the other hand, Liverpool players will aim to give their 100 percent on the ground to give them a chance. Rest will depend on time.

Till then follow Myteam11 for more information and updates about the latest happenings in the sports world.