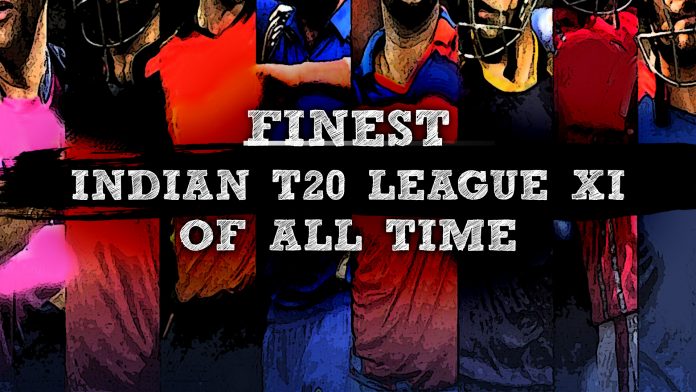 The Indian T20 League is undoubtedly one of the most entertaining and successful T20 leagues in the world. Other than soaring success of the league, it is the most-attended cricket event across the globe and ranks sixth if compared with all the other sports tournaments.

Indian T20 League has significantly clubbed one of the greatest cricket players in the world, and when a bunch of talented players are brought together, it becomes the most beautiful sport, one might ever witness! Out of the several evident players who have played and performed well in their Indian T20 League careers, some have done extraordinarily well. Here is a list of the most intimidating XI of all the seasons.

Ro-Hitman is one of the most successful batsmen in the world. His performances have always brought success. Be it for the Indian cricket team or the Mumbai Indians. He holds the crease tight and is known to have scored multiple double centuries in his batting career.

Shane Watson is one of the best all-rounders in the history of cricket. Watson was a part of Rajasthan Royals during the inaugural season of the Indian T20 league and recently has moved to Chennai Super Kings. The Indian T20 League has helped Watson in making a magnificent comeback to international cricket. He, with his performances, has played crucial roles for his franchise.

A Captain, a keeper, a batsman and a legend, MS Dhoni. Best known for his captaincy and wicket-keeping, he also rules the cricket world as the best finisher. He may stand behind the wickets, but his approach and influence are present all-over the field. Dhoni has helped Chennai Super Kings achieve the golden trophy thrice in the years 2010, 2011 and 2018.

Apart from his thick, brown curls, Malinga is known for his fierce bowling. He has played in various T20 leagues such as that of India and Australia. Malinga is the only bowler to take six wickets in the Australian T20 league. His best in Indian T20 league stands as 5/13.

James Faulkner, an Australian cricket player, is known for his middle-order batting and death end bowling. His performances in the Indian T20 league has also amazed the audience as well as the opponents. He has received a couple of Man Of The Match titles in the Indian League.

The unforgettable name in the history of cricket, AB de Villiers is known for his extraordinary batting skills and spectacular fielding. Also known as Mr. 360 degrees. AB is capable of winning matches single-handedly.

Virat Kohli, the present captain of the Indian cricket team already has his attitude towards the game speaking aloud for him. Virat is one of the finest cricketers in the squad and can flip the results of the matches with his batting and fielding skills. His performances in the Indian T20 league have been a topic of discussion. Also, he bagged the title of the leading run-scorer in 2016.

Chris Gayle stands tall on the pitch and has infinitive energy to hit the ball outside the stadium. He (primarily) plays as a run booster for the Windies team as well as has played for Punjab and Bangalore.

Bhuvneshwar Kumar is considered as the best bowler as well as the most wicket-taker for the team Hyderabad in Indian T20 league. He has impressive control over his line and length, and that is the reason he is known as a smart bowler.

Suresh Raina is a visual treat for the audience in the shortest format of the game. He is a solid striker of the ball and performs well under pressure.