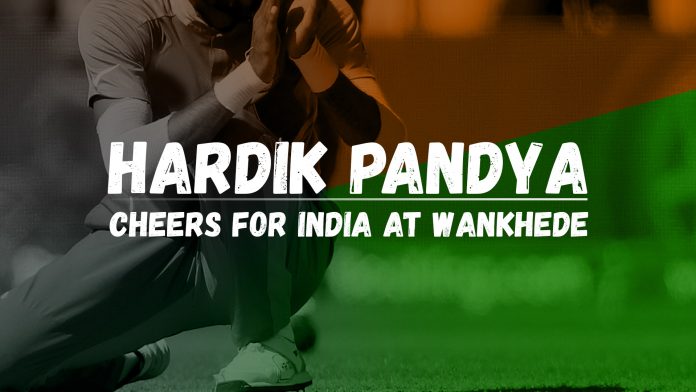 The decider T20I match between India and West Indies turned out to be a rip-roaring encounter as ace Indian batters tore apart Windies bowlers with their swashbuckling performance. In the end, India managed to beat West Indies by 67 runs to claim the three-match T20I series 2-1. Chasing India's third highest T20I total of 240/3, West Indies could only muster 173/8 in 20 overs. Besides the star-studded batting line-up comprising of Rohit Sharma (71), K L Rahul (91) and skipper Virat Kohli (29-ball 70 blitz), there was another cynosure of eyes at the Wankhede stadium. It was none other than the all-rounder – Hardik Pandya. His public appearance sparked hope among fans for his return. Hardik's last international appearance was in a T20I match against South Africa in Bengaluru.

The 26-year-old has been away from cricket after a prolong lower back injury for which he had to undergo a surgery in England this October. In an interview, Hardik accepted that he was aware of the fact that going under the knife would keep him off the field for a very long time, but he couldn't have thought of a better time to get his back treated. Currently, he is in rehabilitation and trying to get to the full-match fitness. His recovery paved way for young sensation Shivam Dube to be part of the national squad.

Now that Hardik is getting better, he is aiming for a comeback in the New Zealand tour in February next year. His attendance at Wankhede Stadium in Mumbai caught the attention of cricket fans. The Mumbai Indians all-rounder was spotted sitting with Akash Ambani in the VIP box of the stadium.

Apart from his controversial statement in Koffee With Karan, Pandya has heaped praises for his terrific performances by legendary cricketers. Recently, Hardik posted his gym training video on Twitter, where he is seen challenging his body through various exercises. Just like all his fans are praying for his speedy recovery, Bollywood actor Sunil Shetty also replied, “Looking forward to that big return … more power to you”.